During yesterday’s WWDC, Apple surprised us with what it called the new generation of CarPlay, Apple’s automotive interface that competes with Android Auto. This new CarPlay, of which we will know all the details later, promises more customization and unprecedented integration into the car itself.

Apple wants to invade the car with its CarPlay system in a similar way to Android Automotive, but following a different strategy which, however, is the same as CarPlay and Android Auto: work on mobile and projection on car screens.

Apple wants to invade the car, from the iPhone

Personalization has had a significant weight in the news of iOS 16 and will also have it in the new revamped version of CarPlay to which Apple has not yet put a specific name or version. We just know that it will be new and that it will arrive later in an indeterminate number of cars.

Apple promises us that this CarPlay of the future aims beyond the radio or the infotainment system: it wants to have a privileged presence on all the screens of the car, even serving to replace dashboard behind the wheel and be the way to find out about the speedometer, if it’s time to refuel and other checks. 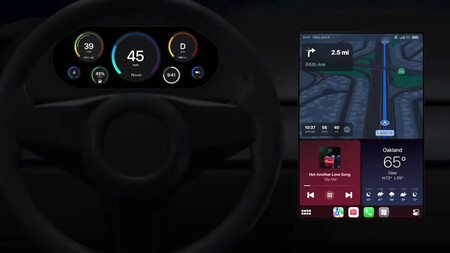 This CarPlay wants to go beyond being a way to use iPhone apps in the car (and, incidentally, change your car’s speedometer to widgets with customizable designs) but essentially wants to be the dashboard of your car, giving you buttons on its interface to perform tasks like control the air conditioning or open the doors.

While Google wants to put Android in cars with Automotive, at Apple they continue to bet on the projection of the iPhone

Basically, Apple wants automakers to give it “the key” to get into their cars, whereas the system itself still works on the iPhone, instead of being the operating system of the car itself, as is the case with Android Automotive. In a way, it’s a great way to keep selling iPhones, while avoiding the hassle of creating a car-specific version of iOS. 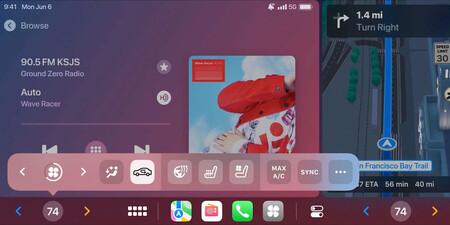 Google is no stranger to complications, and instead, he chose both paths. On the one hand, Android Auto is already ready to interact with various screens of Android 10, such as the screen on the dashboard or the secondary screens, for the passengers, behind the seats, thanks to the integration API of instruments in which Apple seems to have taken another inspiration.

The possibility is there, but Itechnology still depends on automakers and its desire to invest effort in supporting it. Android Auto, at the moment, has a hard time: it will only be found on the large curved screen of the BMW IX. Apple said it is in talks with the likes of Land Rover, Mercedes, Porsche, Nissan, Ford, Audi, Honda, Volvo, Renault to bring this new CarPlay to fruition, though it remains to be seen how things will turn out. 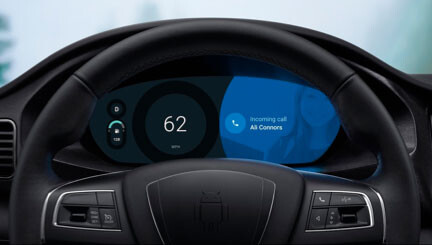 Android Auto can also be used on secondary screens, if the car supports it.

For full integration with the car, Google began to switch in 2019 from mobile projection to the car screen from Android Auto to directly be the operating system of the car entertainment system, with Android Automotive. Android Automotive can also interact with our mobiles, but all the processing takes place in the car itself.