Five months after the arrival of the ASUS ROG Phone 5, the Taiwanese firm launched its now traditional mid-season renewal. With this renovation, we welcome new ASUS ROG Phone 5s, a phone which maintains the high end rating held by its predecessor and which changes one minor thing in its landing in the market.

The phone is once again placed in the “gaming” mobile segment which has been dominated by its family since its inception and repeats itself with some aspects that were already prominent in the March ROG Phone 5, such as 18 GB of RAM on top or like the 144Hz refresh rate for your AMOLED panel. But we also have a Pro model with some change and a gift under the arm. 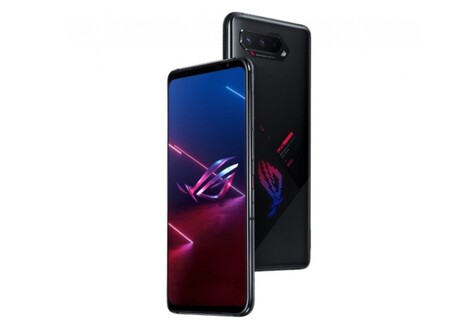 ASUS ‘new ROG Phone 5s opts for Qualcomm’s Snapdragon 888+, which now operates at 3 GHz and continues to be supported by the now more efficient, powerful Adreno 660 GPU with more support of its own Processor AI. In the memories we find 16 GB and 256 GB in its more moderate version and 18 GB and 512 GB in its higher version, having both LPDDR5 RAM and UFS 3.1 storage. At full speed.

On the screen we find a 6.78-inch OLED with 800 nits of brightness and a 20.4: 9 ratio, with FullHD + resolution and a refresh rate of 144 Hz. Not bad if we complement it with a touch refresh at 300 Hz and with Gorilla Glass Victus to protect the whole. In addition, behind it, the fingerprint reader is hidden.

We come to the cameras and here we have 64 megapixels for the main rear camera, 13 megapixels for super wide angle photography and 5 megapixels for macro photography, with the ability to record 8K videos. And on the front, 32 megapixels f / 2.0 for selfies. The phone is powered by an internal 6000 mAh battery that charges at 65 W. We are still talking about an Android 11 mobile hidden behind ROG UI.

Highest level sound, power and display plus touch triggers and a Pro model with gift

Finally we have the 5G / 4G for a phone with dual SIM, WiFi 6E, Bluetooth 5.2 and a headphone jack which also comes with two front speakers and a 32 bit QUAD DAC. The mobile has an NFC chip for mobile payments and touch triggers on the frames to improve the gaming experience. Without a doubt a beast in its own right, also in size and weight: no more and no less than 238 grams .

As for the ROG Phone 5s Pro, it has only two differences with the ROG Phone 5s. The first is that the screen is plastic AMOLED instead of the normal model’s OLED, the second is that the logo on the back is illuminated with RGB light. Moreover, it is only sold in its 18GB and 512GB version and comes with a free AeroActive Cooler 5 cooling fan in the box. 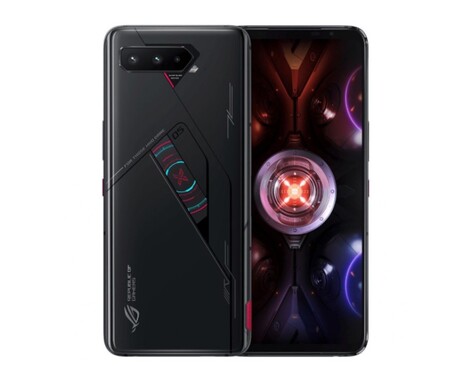 The new model initially sets foot in Taiwan although it is likely that we will soon see it cross the planet, since the previous models have also set foot in Europe, being on sale in Europe. From the outset, they will go on sale on August 24 and the prices announced for their country of origin are as follows:

More information | ASUS in the world

The Last of Us Part II: Ancient multiplayer elements discovered by Dataminers