Google tends to show from time to time how some of the technologies it applies to its best apps work. This time he did it with Google photos and we didn’t want to lose any details.

He took his time to clarify that in order to take better photos from mobile, you need improve noise and sharpness of the same. Especially in photography which is done in low light environments.

Melee combat against noise and sharpness

In these low-light environments, the lens of a mobile camera compensates for this scarcity. Increasing ISO or slow down the shutter speed, resulting in increased noise levels and sometimes even blurring of the image.

Knowing the details and specs of the camera’s sensor allows us to improve both of these aspects, but the problem lies, especially in an app like Google Photos, when it can’t be access internal parameters of the camera.

Actually, the reason for the publication of the technical article is due to the improvement of Google Photos through an algorithm ‘pull-push denoising’ which works at the same time as a focus method called ‘polyflou’. 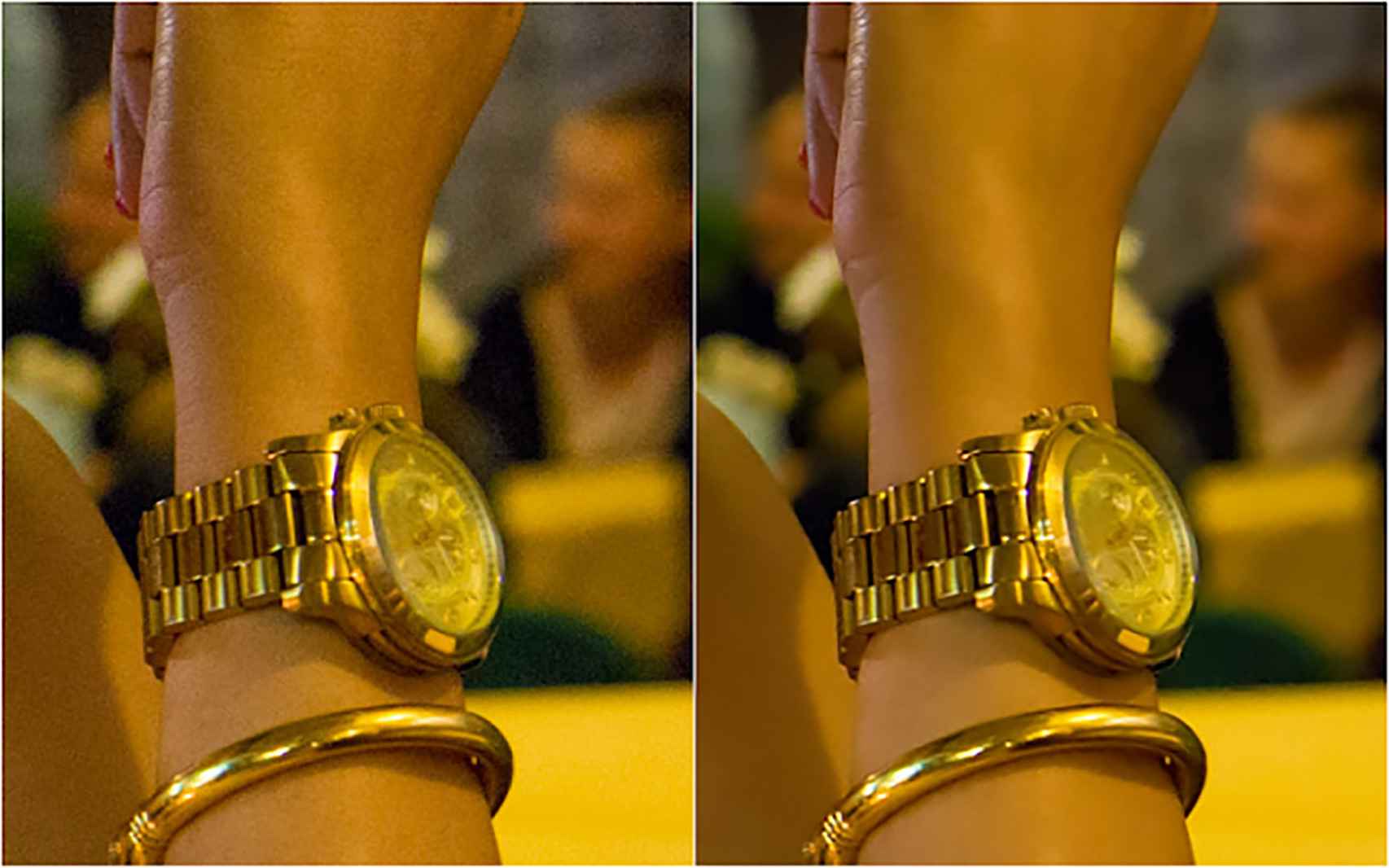 They maximize the calculation efficiency so that from our mobiles, we can qualitatively improve our photographs.

These actions are already present in the new Google Photos editor with the “Sharpen” and “Reduce noise” tools. They are part of the subscription model that started on June 1. 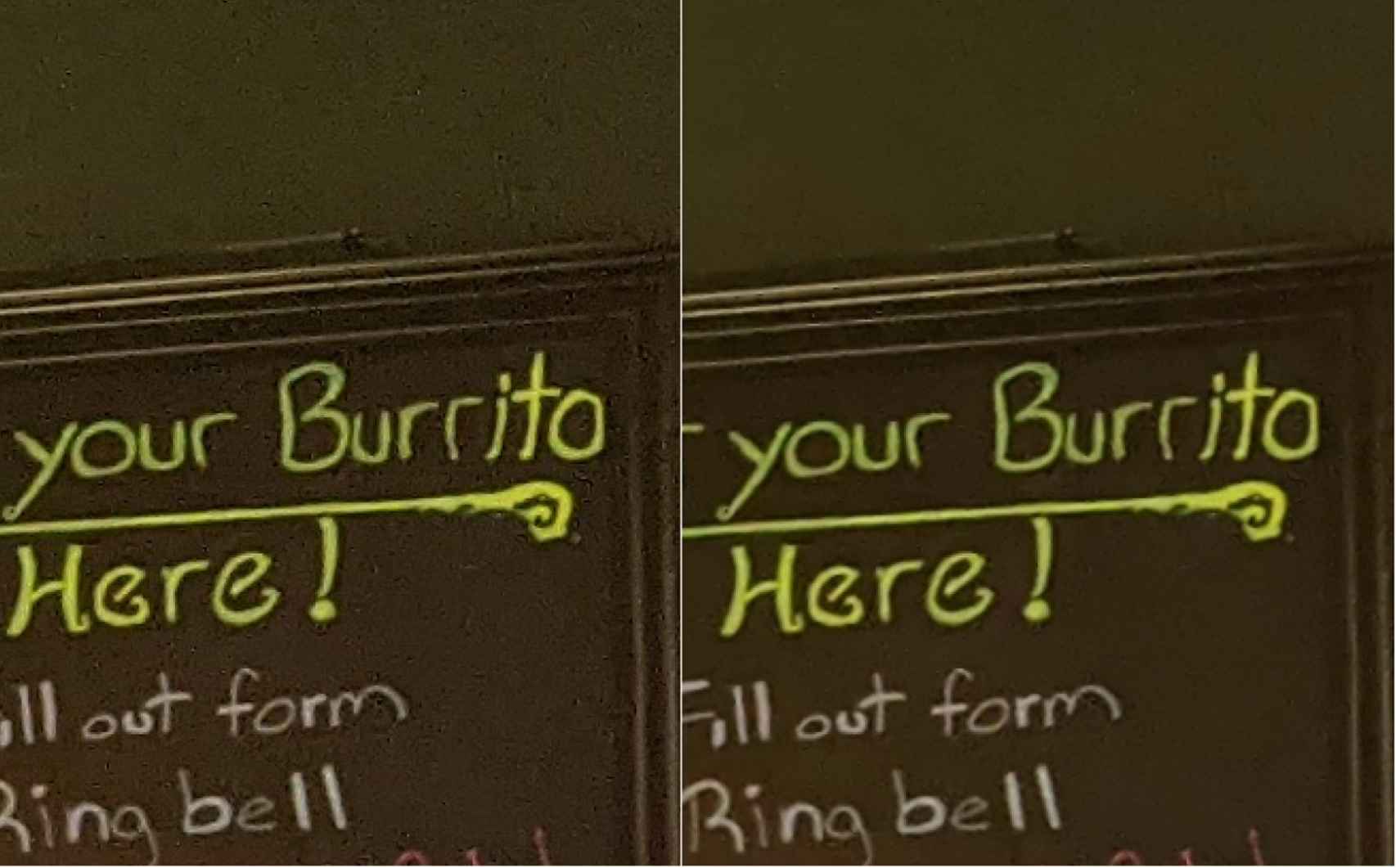 Both serve to enhance the photographs taken low light or with older devices whose optics don’t do a good job of sharpness and noise.

Here’s how Google Photos did it: divide and conquer

We repeat that the big problem with Google Photos is when we upload a photo that does not know the technical specifications of the camera and that they would be used to be able to apply values ​​that would exponentially improve the quality of a photo. 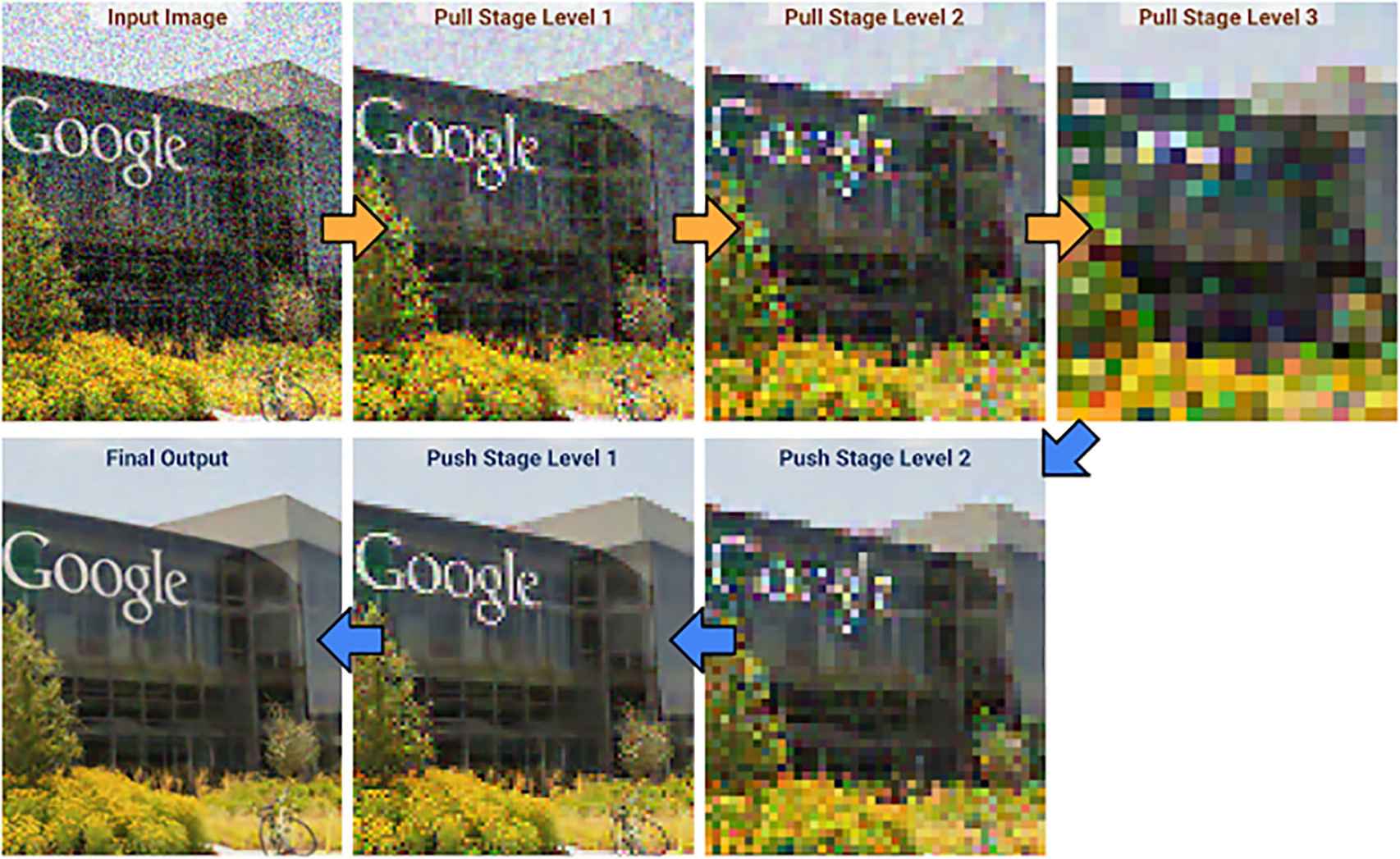 We’re also not going to go into all the details, as we would expand too much (you can access Google’s article in AiGoogleBlog), but it all boils down to that of divide and you will win.

In order to successfully reduce the effects of noise and blur, Google engineers have characterized the types and levels of noise

and blur found in a photograph. 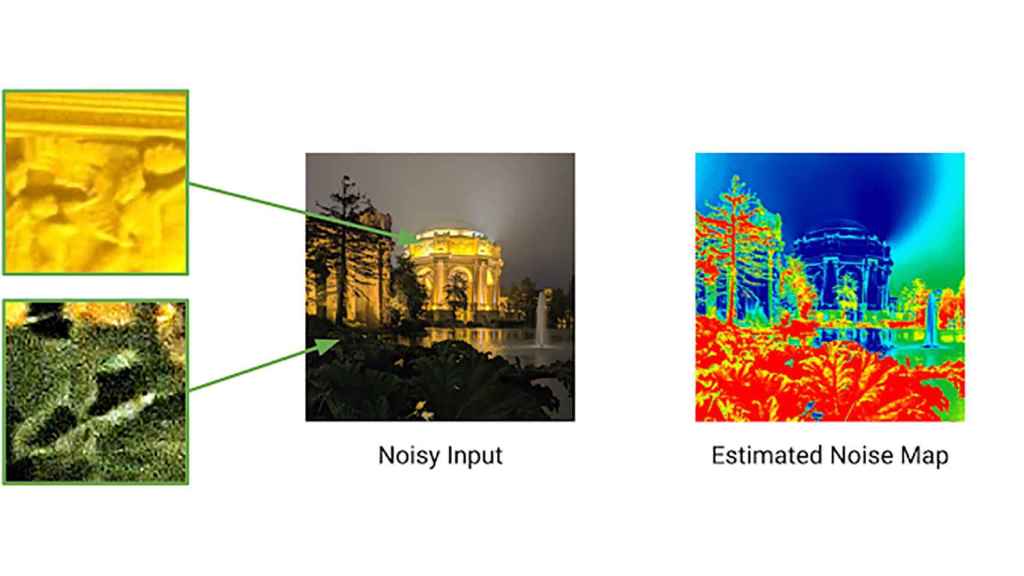 Map the noise levels of a photograph

To make a preliminary estimate of noise levels, a series of patches on the picture and the noise level in each is measured. The objective is to make a map of the noise of the photograph.

The process is repeated at several scales to find errors that arise from image compression, size change …

The ‘Pull-push’ method to save resources

This method allows Google Photos save a lot of resources computational. Especially since what it really does is use a noisy pixel selection scheme to mix them up in that previously applied patch. 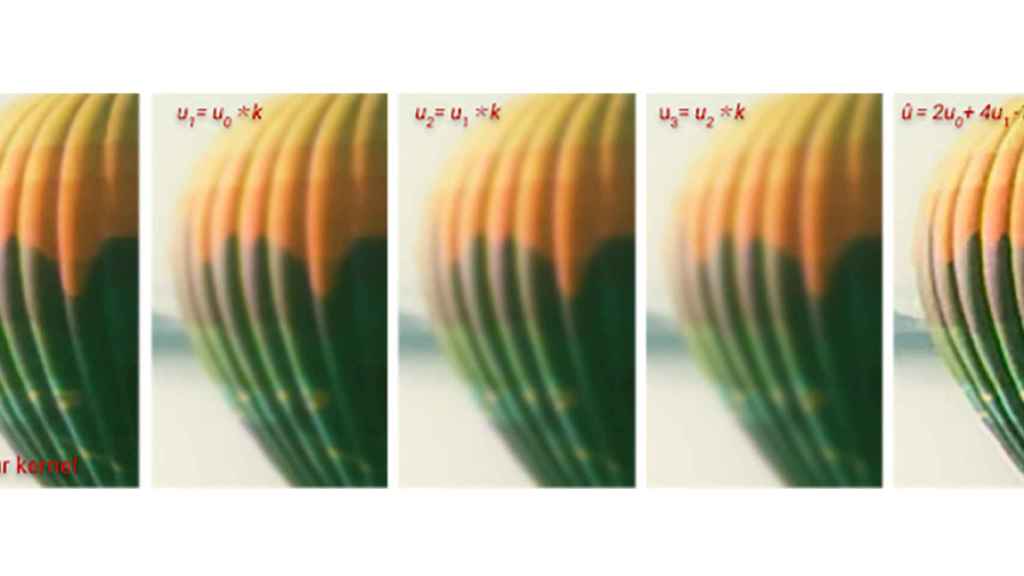 So far, we are in the “pull” or throw part. The push or ‘push’ phase of the method is similar, varying the different sharpness levels of a pixel and then merging the similar ones.

The aim is to reduce the noise level while maintains the structure of this region photography. A method which differs from current methods by its low cost in computing resources.

In other words, the great success achieved for the big G with Google Photos is to apply a method that currently existed, but which required the use of a huge amount of resources to achieve the same thing that is achieved with the ‘Pull-Push’.

Improve the blur of a photo 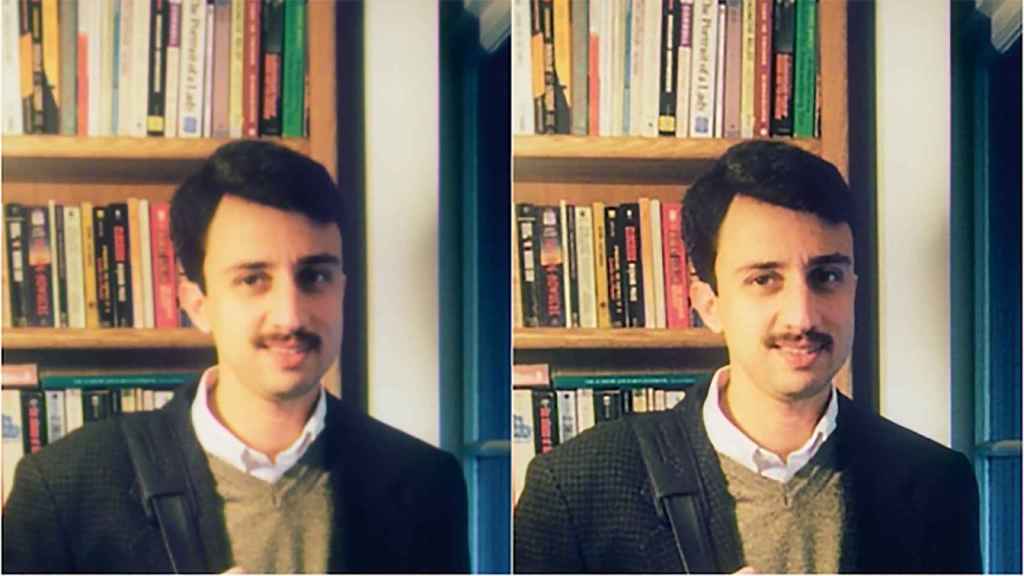 The same technique is applied to the blur effect of an image by identifying the level so that the values ​​necessary for focusing can be applied.

Knowing the level of blur, the Google Photos tool would use ‘Polyblur’ to remove blur from an image by re-centering it. 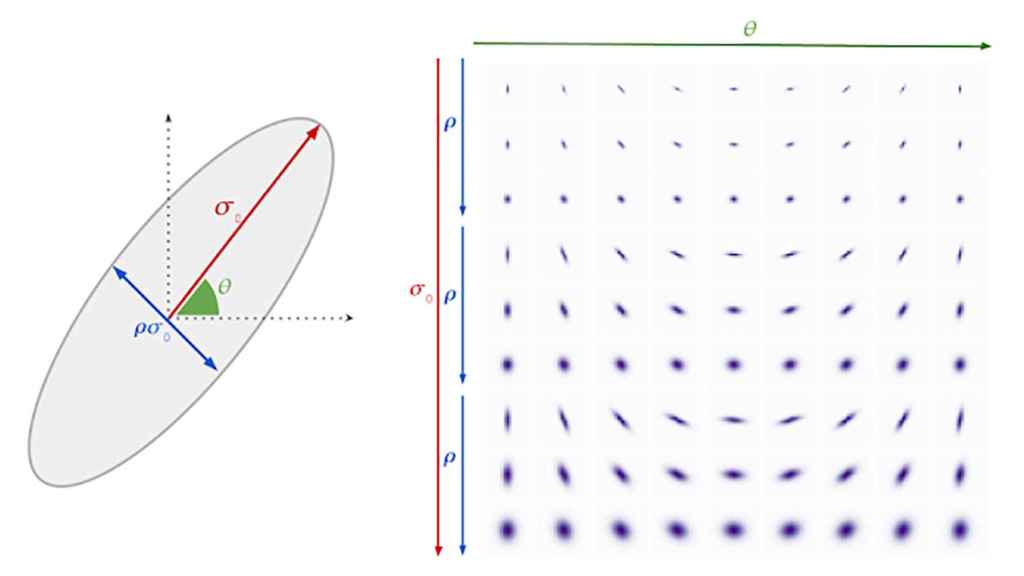 To use this technique, you need know the level of blur and yes, it is possible to apply it, because if it wasn’t like that, it wouldn’t be applied correctly. 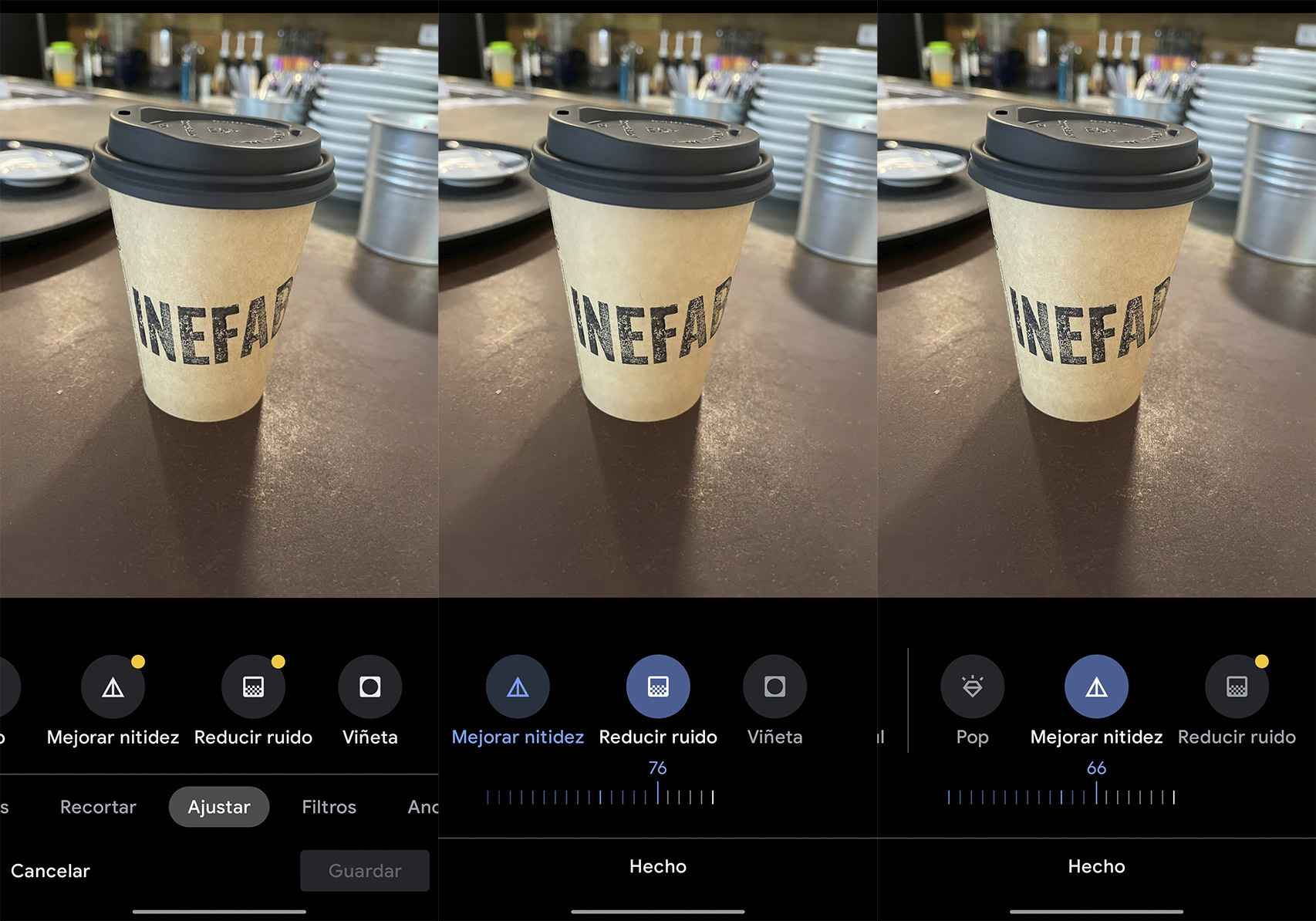 The 2 tools of Google Photos

These two tools are available in Google Photos from two settings called “Reduce noise” and “Improve sharpness”. That is, you can use them daily to enhance the photos you want.

Yes this Google photo editor It is under the subscription model that improvements will be added so that doubts are not generated when we go to pay for the first time.

Nail app that has been improved with loading images when we are offline, which already has a protected folder, and it will be the same with the arrival of Android 12.

This Adapter Lets You Play Game Boy Cartridges On Your PC, And It Even Detects Fakes