Now that the iPad Air has an M1 chip, the iPad Pro has some homework to do. Apple’s business tablet needs to differentiate itself from the mid-range to justify its prices, and right now there are many questions about how Apple can achieve this. We will see everything we know about this iPad Pro 2022 which should clearly stand out from the rest of the range.

What design will the iPad Pro 2022 have?

Not much has been said about the look of the next iPad Pro, but it’s supposed to shouldn’t have too many cosmetic changes

. The design that’s been sporty since 2018 has triumphed and there are plenty of tablet rivals that have imitated it, so Apple has a can’t-miss letter here. In addition, the design should not change too much if it wants to continue to be compatible with accessories such as the Magic Keyboard.

There are very diffuse and hypothetical rumors about a foldable iPad Pro, but they’re more long-term and we don’t think we’ll get it for the next generation of the tablet. It is still early for Apple to surprise us with this type of device.

What features will the 2022 iPad Pro have? 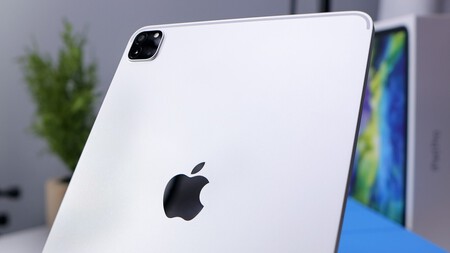 What the leaks most agree on is that we will move from the M1 chip to the probable M2, with more efficiency and more graphics cores. This, in turn, could lead to the arrival of new features such as a new iPadOS 16 interface closer to what a pseudo-macOS could be. At the moment it is already incorporated in a patent.

We are also talking about a possible wireless charging, which would certainly benefit from the MagSafe accessories in one way or another. The iPad Pro can even double as a wireless charger for iPhones, Apple Watch, and AirPods.

. Currently, this type of panel is only present on 12.9-inch models.

Official prices for the current iPad Pro start at 879 dollars or 1,199 dollars for the 12.9-inch miniLED models. If this type of display spans the entire gamut, maybe the price of the 11-inch model goes up to almost 1,000 dollars. In any case, it would be somewhat risky, since we are at a time when the purchasing power of consumers is declining.

What can be the release date of the iPad Pro 2022?

There’s nothing too concrete, but the iPad Pro of 2022 should arrive sometimes in autumn. October, maybe. If we look at what happened with the iPad Pro in past release schedules, it fits. We would hardly see it at the start of 2023 in the event that Apple were forced to apply deadlines.