It’s Friday! And that means it’s time to see What news does Apple TV + bring us in its catalog of films and series. This week there was no news of future content, but there are important releases and other good news for what has already been released.

The premiere of the week on Apple TV is ‘We crashed

‘, the history of the company from the offices of coworking WeWork which had its heyday only to end up in ruins. Jared Leto and Anne Hathaway star, and for now, the series promises to be entertaining for all of us who follow tech news and remember what happened. We can already see the first three episodes, with the fourth premiering next Friday.

Another first we’ve seen since the week has none other than Samuel L Jackson as the protagonist: ‘The Last Days of Ptolemy Gray‘ tells how the old man with that name is given custody of a young woman. The challenge comes when Ptolemy begins to suffer from dementia in the middle of this mission. We can see the first three episodes of this series today, and the fourth will be released in a week. 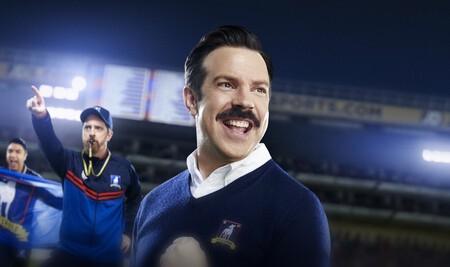 ‘Ted Lasso’ continues to reap awards between the second and third seasons: the series won the award for best comedy at the Critics Choice Awards. It goes to the collection with all the other prizes, which are already so many that I’ve lost count.