It was expected for months, it was officially presented at the end of December and it is on its way to the first international mobiles: MIUI 13 will debut in a Xiaomi near you. And maybe in yours, the brand will update a large part of its recent catalog. What don’t you know if MIUI 13 will come to your Xiaomi? There’s an app that tells you.

MIUI 13 represents a significant leap from the previous version, although the style of the layer does not change its design too much. Android 12 imprints character based on firmware, Xiaomi updated apps, privacy takes a big step forward

and, in general, MIUI 13 is a good booster for the brand’s phones. It is therefore not surprising that its users are eagerly awaiting the update.

MIUI Updater: the application that tells you if your Xiaomi will receive MIUI 13 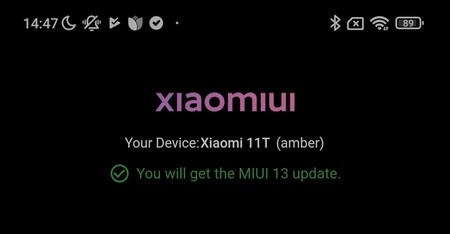 Checking with MIUI Updater on the Xiaomi 11T

The application we are talking about is part of the Xiaomiui software list, a support specialized in hunting all MIUI firmware, whether Chinese or international. If you have a Xiaomi, you may know MIUI Downloader, an excellent application that allows update brand mobiles even before the update is officially released

. MIUI Updater is specialized for MIUI 13.

With MIUI Updater you can verify that your Xiaomi mobile is confirmed to receive the latest MIUI update, version 13. In addition to this confirmation, the application checks the servers in case the firmware already exists to download. If so, it is possible to download the update from the MIUI Updater itself.

The application is simple and specialized in only two aspects: verify that the mobile on which it has been installed is guaranteed to update to MIUI 13 and download the said update. If you can download it, you will need to install the firmware using the “Select update package” option. The updates displayed by MIUI Updater are official. 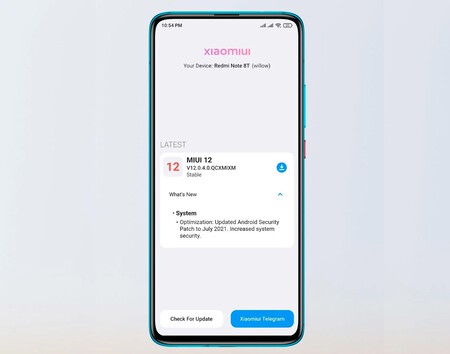 You have the app on Google Play, it’s free, it doesn’t abuse permissions and, as the only downside, MIUI Updater has full screen ads from time to time. We think it’s a good tool if you want to make sure you get MIUI 13 as soon as possible. 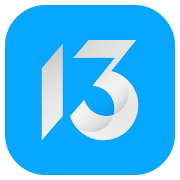 Avatar: Reckoning: Another game picks up Battle for Pandora