After the presentation of AirPods 3, the difference between AirPods and AirPods Pro was less clear, it is true that the fact remains that only AirPods with the Pro last name offer active noise cancellation, but in some circumstances it’s not that much of a difference. Now, Ming-Chi Kuo brings us more details about the AirPods Pro 2 and what they will be able to do.

According to the renowned analyst, there will be significant changes in this second generation of AirPods Pro. Kuo claims that these headphones will have a design similar to the Beats Fit Pro, without a leg, and that they will also have several. new sensors to measure certain health-related data

. On top of all that, he hopes they will have support for the Lossless format.

“We expect Apple to launch the AirPods Pro 2 through 4T22 with new points of interest, including a new form factor design, Apple Lossless Format (ALAC) support, and a charging case that can beep for users. We are optimistic about demand for AirPods. Pro 2 and estimate that shipments will reach 18-20 million units in 2022. “

Thus, Apple would launch these new headphones with the new iPhone 14, surely in September or October of the year that we have just released. The AirPods Pro 2 is would differ significantly from third-generation AirPods

both in design and specs, according to Kuo’s comments, which fits more into the gradation between AirPods, AirPods Pro, and AirPods Max. 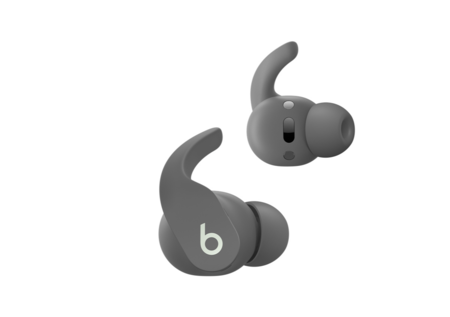 Note that, if the specifications are confirmed, these AirPods Pro 2 would be the Apple’s first wireless headphones to support lossless audio. In a very simplified way, we can say that this format does not hold much more secret than conveying more information while reading. This simple fact, however, comes up against the limitations of Bluetooth streaming. For this reason, Lossless support may lead us to think of a new chip, as well as a new protocol for wireless connection and transfer between AirPods and the iPhone, iPad or Mac we use them with.

This idea raises more questions than it answers. For example if we need our iPhone, iPad or Mac to have a particular chip be able to send out such a large amount of data, which, although this is only a guess at the moment, could correspond to the launch with the new iPhone 14.

Beyond the support of this audio quality, it is clear that Apple is working on the integration of many technologies inside these future AirPods Pro 2. A technology which, for the first time in headphones, goes beyond beyond audio and opens, still according to rumors, a step in the field of sports monitoring and health data. We’ll see, over the months, what more information we collect from future AirPods Pro 2, but, for now, it sounds great.

A Cloud Gaming server at home is Alienware Nyx

Get another FREE game for your PC

Get another FREE game for your PC