With the release of the Samsung Galaxy S22, the brand shipped a new software version with the devices: One UI 4.1. It was expected that this version would eventually land on other Galaxy phones from the brand, and it will: Samsung confirms that the latest One UI will gradually reach the rest of the catalog. Starting with folding mobiles.

With each mobile key for a brand, it tends to renew its personalized software layer to add options exclusive to the new family. By being included in the native software, these options are often no longer exclusive to extend to other models, especially at the high end. Camera improvements, more customization, more privacy… Do you have a Samsung Galaxy before S22? Well, its upgrades might be coming to you soon.

An early 4.1 UI on foldable phones 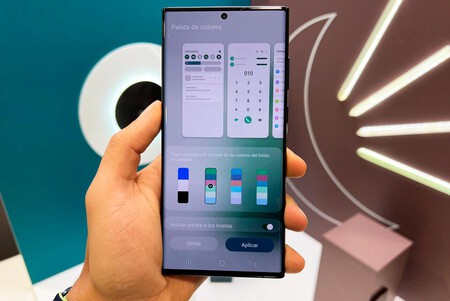 Tone selector according to the wallpaper

Not that One UI 4.1 is a huge evolution over One UI 4 because the changes introduced by Samsung are not excessive. Android 12 as the base is still the key to version 4. And, beyond that, Samsung has tweaked some aesthetic details while improving personalization and privacy. Especially.

As Samsung has pointed out, One UI 4.1 abandons the exclusivity of the Samsung Galaxy S22 to begin its extension to the other families of the saga. In the beginning, your destiny will be the latest and most premium phones from the manufacturer

; although One UI 4.1 will surely end up landing in the mid-range as well.

Below is the list of phones confirmed to receive One UI 4.1 in order of arrival.