Next, we will stop at the two most advanced models, which in addition to an elegant design, surpass the previous generation with more powerful processors, improved cameras, higher refresh rate and faster loading speed. Let’s see them in detail. 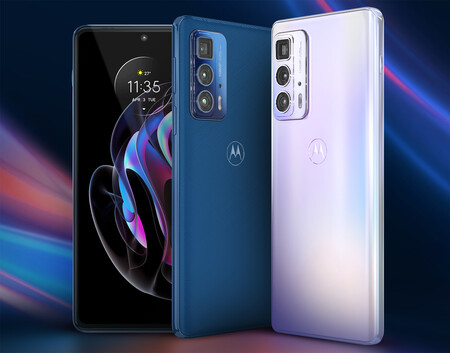 It also has an ultra wide-angle lens with integrated Macro Vision, the Motorola’s first periscope telephoto lens with 5x optical zoom (hybrid up to 50X) and video recording in 8K resolution.

It also incorporates a 6.7-inch FullHD + OLED display with DCI-P3 color space, HDR10 + and a refresh rate of 144 Hz. In the upper part of this panel we have a hole where the front camera is housed, which offers a resolution of 32 MP

5G and WiFi 6 connectivity is provided by the Qualcomm Snapdragon 870 processor, which is here accompanied by 12 GB of LPDDR5 RAM and 256 GB of UFS 3.1 internal storage. To power itself, it has a 4,500 mAh battery with TurboPower 30 Quick Charge (30 W)

, which Motorola claims offers 9 hours of battery life on a 10-minute charge.

Motorola Edge 20: half a notch below 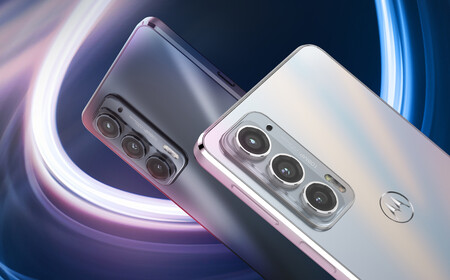 At just 6.99mm thick and weighing 163g, the Motorola Edge 20 inherits from main 108 MP sensor, the ultra wide angle with macro lens of the Pro model, but includes a telephoto lens with 3X optical zoom and does without 8K recording.

It also shares with its big brother the 6.7-inch screen with a refresh rate of 144 Hz and the 32 MP camera. However, it is equipped with the Qualcomm Snapdragon 778G processor -compatible with WiFi 6 and 5G- and 8 GB of RAM. In this case, we also have to choose two storage options: 128 and 256 GB.

Regarding the battery, here is we go down to 4000 mAh, but we keep the TurboPower 30 fast charge to get 8 hours of battery life in just 10 minutes. The operating system in both cases is Android 11 with the additions of My UX, Motorola’s custom interface. 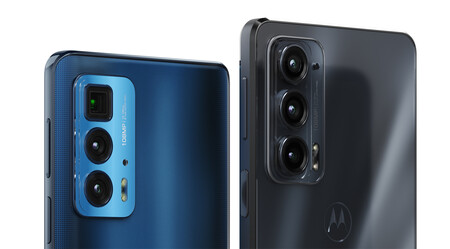 The new Motorola Edge 20 Pro will be available in the coming weeks at a official price of 699.99 dollars. It will be sold in a 12GB / 256GB configuration and in three different colors: Midnight Blue, Iridescent White and Vegan Blue Leather.

The Motorola Edge 20, meanwhile, will have a official price from 499.99 dollars And it will arrive in two colors: Frost Gray and Frost White (in some markets it will also be on sale in green). In this case, there will be two variants of 8GB / 128GB and 8GB / 256GB.