The hidden speed test on your TV with Android TV is in the Netflix app: here’s how it works

Doing an Internet speed test on a TV is not an easy task, as these meters are usually not a common tool in Android TV and Google TV operating systems. However, just as a few days ago we told you about a hidden speed test on Xiaomi mobiles, today we will tell you how the Netflix app itself lets you measure your speed.

It’s not really a new feature, but you may not know it and it will be very useful for you. Especially if you are already a subscriber to the well-known streaming platform and you are also having a problem viewing content from it or any other app on your TV, as this will allow you to check if you have a speed according to the requirements

How to Do Netflix’s Hidden Speed ​​Test

As we mentioned before, the speed test is done from the Netflix app itself. To do this, you just need to follow these simple steps on your Google TV and Android TV:

1- Open the Netflix app on your TV.

3- In the left menu, choose the option acquire help. 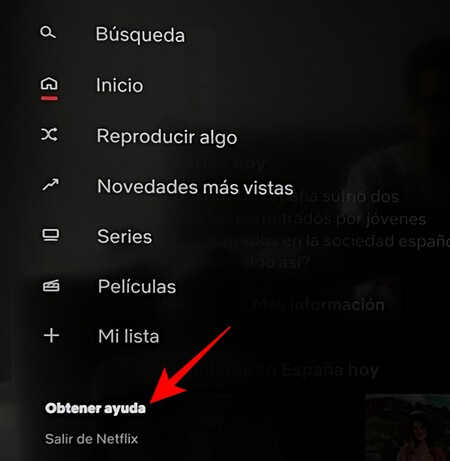 4- Click on the option network check. It could also be called Speed ​​test

5- Wait for the end of the test and offer you the information with the mb figure which gives you your internet connection. 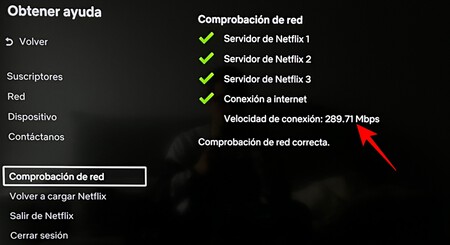 It must be said that this test is also available in the Netflix application of Tizen and in webOS, Samsung and LG SmartTV respectively. At least in the versions in which we were able to verify it. However, not so in tvOSthe Apple TV operating system.

Note that this speed test, if it is interesting and more than valid to know if your television is receiving a good signal, whether by cable or by WiFi, has also limits. And it is that it is a speed test, yes, but not according to the classic speed tests that are carried out with tools focused on them and in which you get more information that is not in the Netflix testlike upload and download speed breakdown, PING or even your IP address.

In any case, and as we told you at the beginning, it can be a good option to turn to when you have cuts in video playback or note that the loading content becomes excessively slow. This type of situation usually occurs when there is a poor internet connection or when Netflix’s own servers are down. With this test you can get rid of doubts, since it serves both to check your connection and the servers of the platform.