The next high-end OnePlus will have brutal fast charging, but no alert slider, according to the latest leak

This year OnePlus announced the OnePlus 10 Pro and we want the standard model, the OnePlus 10, for later. Already in the middle of 2022 the bells of a new top-of-the-range OnePlus are ringing more and more clearly, although it is not clear whether it will arrive under the name of OnePlus 10 or OnePlus 10T.

Whatever the final nomenclature, the terminal was leaked in great detail in the OnSiteGo post, with images based on “initial prototypes of the terminal” and much of its specs.

This will be the new OnePlus, according to leaks

OnePlus kicked off the OnePlus 10 series, with the super-powerful OnePlus 10 Pro featuring Snapdragon 8 Gen 1, a 120Hz AMOLED display and 80W fast charging. High-end OnePlus for which leakers still can’t agree. Some think it will be the OnePlus 10, others are more betting that OnePlus will end the OP10 series and go straight to the OnePlus 10T.

The terminal has now been filtered by the Yogesh Brar, which gave us the clearest picture yet of what awaits us in the next top-end OnePlus. And, despite the fact that in principle he will not have the surname Pro, in fact will improve some aspects of the OnePlus 10 Pro 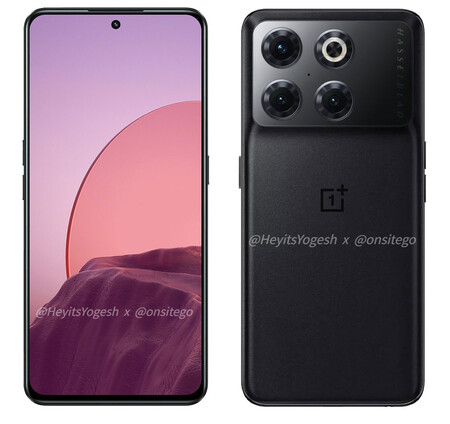 As for the design, there are not many changes, with a front where the screen of 6.7-inch AMOLED with Full HD+ resolution and 120Hz refresh takes center stage, punched through the center to mount the front-facing, 32-megapixel camera. In the OnePlus 10 Pro, yes, the front camera is punched in one corner.

Behind, the leak again shows us a giant module for the camera, even larger than that of the Pro model, signed Hasselblad and with a slightly more modest combination of lenses than that of the pro model. It would have a 50-megapixel main sensor with OISa 16-megapixel wide-angle and a 2-megapixel macro lens. 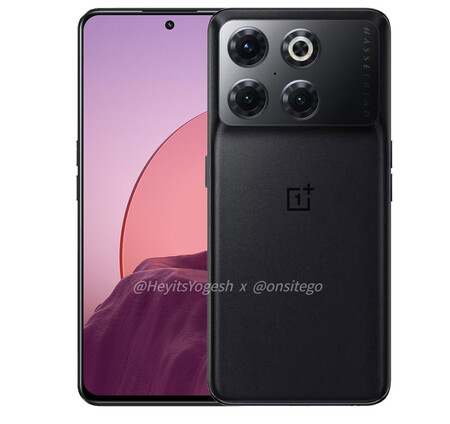 With a similar design, there would be a somewhat controversial change in this OnePlus 10 or 10T, and that is does not have an alert slidersomething that until recently was indicative of the brand having been in all “normal” OnePlus so far, and the occasional OnePlus Nord.

As for the processor, a Dimensity 9000 was expected, but rumors place it with a Snapdragon 8 Gen 1+ instead. Interestingly, the leak tells us that it would have a 4,800 mAh battery and 150W fast charging, faster than OnePlus 10 Pro, but without wireless charging. Its launch should be close, so we’ll probably know more soon.

STALKER 2 planned for early 2023, according to Xbox reveal

Yes, it’s normal for you to have trouble seeing your iPhone screen in direct sunlight, and there’s a compelling reason for that.