these are the novelties of the new version for tablets, foldables and Chromebooks

The Android Developer Summit 2021 was released today with great force. In this developer conference Google you made a very powerful announcement about your operating system announces a new version of Android.

If last week it launched Android 12 now announces Android 12L, publishing a preview of this future adapted version for devices with large screens: tablets, foldables and Chromebooks. Hence the ‘L’ of Android 12L, for ‘large’.

There are currently over 250 million Android-based widescreen devices, including tablets, foldables and Chrome OS, and more and more consumers are acquiring this type of device, Google will therefore seriously consider adapting Android to large screens, which for a few years mainly focused on mobiles. 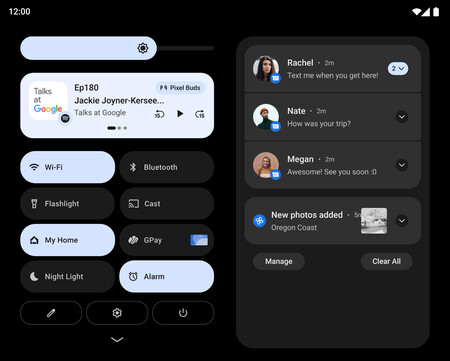 With Android 12L, Google goes to optimize your interface

to make it more beautiful and easier to use on large screens, adapting notifications, quick settings, lock screen, home screen and more to these types of devices.

For example, it will display the notification bar and quick settings in a two column layout, thus taking advantage of the space offered by a larger screen.

The lock screen will also use a two column design to show the time on the one hand and notifications on the other, and when we go to unlock the device, the pin code or pattern will appear on the side of the screen. screen that the user touches to make it more accessible. This two column view will also be used by system settings and other applications. 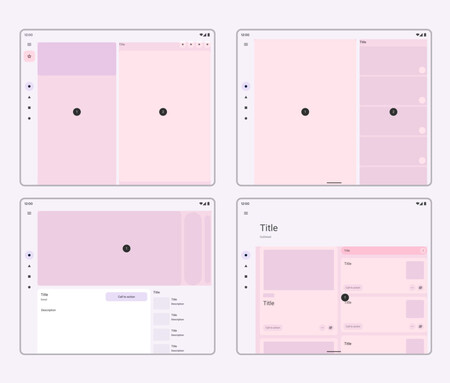 For foldable devices, Google is optimizing the home screen grid, fine-tuning the fold-to-unfold transition so that users move from the outer screen to the unfolded screen seamlessly, enhancing continuity.

Android 12L launch a new taskbar so that opening and switching between apps is much easier. Now Android 12 looks more like a desktop operating system. In addition, we will also have drag and drop gestures to open two apps on a split screen, thus improving the taskbar. We also have the gestures to switch between apps by swiping with your finger and a gesture to hide / show this taskbar. 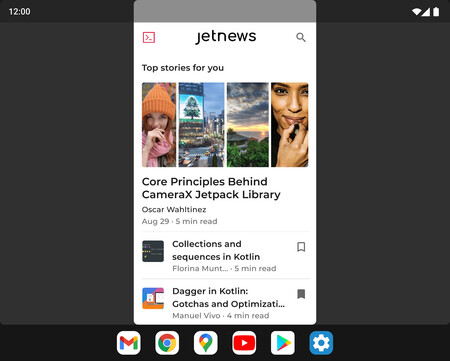 Google is also improving compatibility with apps that have yet to scale to large screens. With Android 12L, manufacturers can set the aspect ratio of the app, apply rounded corners to the app window, and set the transparency of the status bar.

The other novelty that we will find with Android 12L is a new version of Google play store, which in addition to optimizing its interface to a large screen is that will highlight all compatible apps and games for tablets, folding cartridges and Chromebooks

. Google is adding new quality checks to make sure it recommends the best apps.

Another new thing that Android 12L will try to fix is ​​the orientation of apps, which sometimes don’t display the right way around the tablet or folded side. For this, Google is adding a new API for developers and manufacturers so that apps are always displayed in the device orientation and not in the default orientation.

Android 12L Developer Preview is available from today for developers through the Android emulator and developer tools so that through the new SDK they can adapt their applications.

Android 12L is also for mobile, but here the news will be much less, since Google focuses on this version on tablets, foldables and Chromebooks. The pixels will receive the Android 12L’s first beta in December, as the company had argued a few days ago.

These could be the PlayStation Plus games in November (2021)

These could be the PlayStation Plus games in November (2021)