There is no doubt that this week’s heat wave is proving very difficult to manage. Unfortunately, it probably won’t be the last. And just as it affects people and can be harmful to our health, heat can also be harmful to our mobiles.

Luckily, there are ways to cool down your device if needed. In this article, we go over the essential tips you need to know to keep it from heating up and, if necessary, know what to do if it needs to be cooled. Taking into account that the mobile could become unusable if an extreme case is reached, you should take note of it.

That it is not apparently hot does not mean that its components are cold. 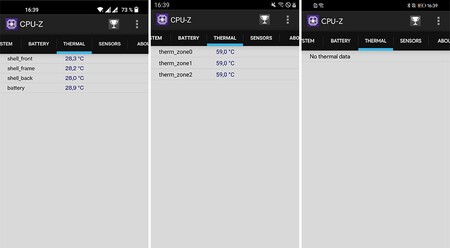 It is common to notice that the mobile is hot just by holding it, but often the internal heat of the device does not manifest itself on the outside (or it takes longer to do so). This is why it is interesting that you resort to applications with which to know the internal temperature components.

In another article we have already talked a lot about an application to measure the internal temperature of an Android mobile. It is CPU-Z, available completely free on Google Play. This application offers detailed information about the internal components of the device, not only giving the temperature, but also providing more objective data in which it tells you whether it is in good condition or not

the component depending on the temperature and other variants.

Always keep it in dry environments and at an adequate temperature

A good way to avoid overheating of the mobile is to ensure that it is in a place with optimal conditions for its use. On average, any manufacturer recommends having the mobile in places of between 0 and 35ºC. However, the limits set can also be somewhat complicated, so an intermediate point would be ideal.

Now, beyond the temperature, also having the mobile in a a location with low humidity is essential. And it is that in the end this element can also play a trick if it gets inside the mobile. We must not forget that in the end water, whether in liquid state or not, is the worst enemy of electronics.

Avoid video games (of any genre) 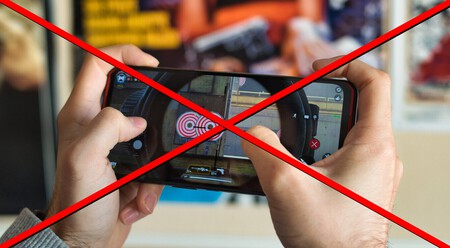 There are some really fun mobile games that we can easily get addicted to. However, there are times and times to enjoy it and, of course, with the heat it is not the most advisable. And it is that the high graphics performance they demand It can be decisive for the device to reach extremely high temperatures.

And yes, logically the most demanding games tend to be the worst in this section. However, a more casual game should not be neglected either, as they can also be decisive. So try to find another time to play and, if possible, under conditions such as those described above.

The further away from the Sun, the better. 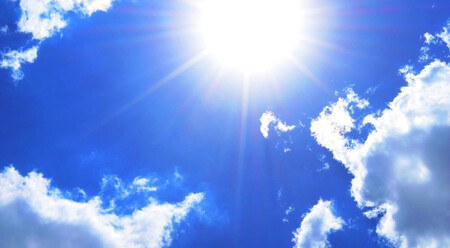 However, there are circumstances in which it is unavoidable not to be in the sun. For instance, walk in the street without shadow. In these cases it is best, unless strictly necessary, not to use it and keep it in a pocket or backpack.

If you get a warning, don’t ignore it 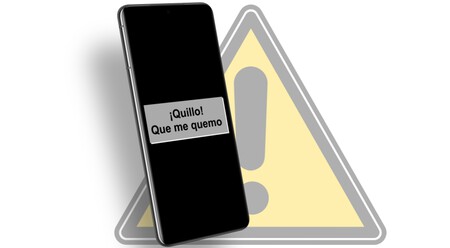 There is a function that is native to the iPhone and is not so standardized in Android, but nevertheless is in some models and can be very useful. This is a high temperature warning popup message of the mobile. It usually appears during charging, but also in some cases if the device reaches a high level of heat which can be dangerous.

Logically, at this point you should heed the warning. Although, in the same way, not everything has to be entrusted to the message for it to appear. It is possible that your mobile does not bring this configuration or, if it does, that it does not appear when it should. For him, being you who detects it is fundamentalas we will see in the following sections.

What to do the phone is already hot 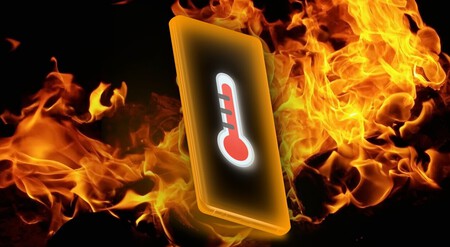 If you are at a point where the mobile is already at a high temperature, either because you have perceived it that way in your hand or because applications like the one mentioned in this post report it, touch remedy to cool it

Hay strongly discouraged practices like putting ice on it, putting it in a fridge and even getting it wet. And no matter how waterproof the mobile is, we can assure you that it’s not a good idea. Basically because by doing this there will be too extreme a temperature shock which could be counterproductive.

Thus, the most advisable thing at this point is to do everything that we have discussed in these points:

With all these clear recommendations, you shouldn’t have a problem on your mobile. You will be able to save its integrity and even your own, because it is not pleasant to use it if it burns.

The Capcom game sequel is made official on video