In December 2020, Vivo introduced the Vivo X60 and Vivo X60 Pro, two models with a Samsung core to compete in the high-end range. After confirming the collaboration with Zeiss for its next high-end model, the company has just formalized the most powerful of the X60 family, the Vivo X60 Pro +.

This model has a design virtually identical to that of its younger brothers, but inside it houses the more than powerful Qualcomm Snapdragon 888+, one of the current processors on Android. So let’s review the technical specifications and characteristics of the Vivo X60 Pro +, a 5G beast that conquers the highest range.

More power on board 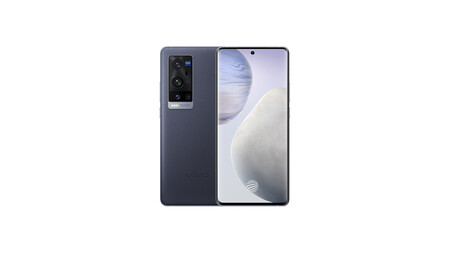 The previous generation X60 came from the hand of an Exynos processor. This X60 Pro + Comes from the hand of the best Qualcomm processor, the Snapdragon 888. This processor comes with 8 and 12 GB RAM configurations, with internal memory up to 256 GB. The panel measures 6.56 inches, slightly curved and with Full HD + resolution. The refresh rate is up to 120Hz and the touch input is up to 240Hz. The panel is HDR10 compliant and promises good color rendering.

The processor and fast charging improve significantly in this Plus model. The Snapdragon 888 and the 4200 battery come with 55W

This set is powered by a 4200mAh battery, which in this generation has 55W fast charging. This is a significant jump compared to the 33W of its younger brothers. Connectivity is complete, with 5G SA and NSA, WiFi 6 and dual GPS, among others.

In terms of design, the new X60 Pro + is almost identical to its smaller brothers, with modifications to the camera module, housing a completely different sensor configuration, which we will talk about later. On the front it has a small hole in the screen and on the back it has a matte finish.

The camera setup on the Vivo X60 Pro + is quite ambitious. The main sensor is now 50 megapixels, the Samsung GN1 with f / 1.57 aperture

, bright enough. It has optical image stabilizer and is coated by Zeiss. The second sensor is a 114-degree, 48-megapixel wide-angle sensor, the Sony IMX598. It also has a 32-megapixel telephoto lens, a 2X equivalent to 50mm with an f / 2.0 aperture.

The last sensor is an 8 megapixel periscope camera that allows 5x optical zoom and 60x digital zoom. The mobile is capable of recording in 4K HDR10 + and 8K. The front camera is 32 megapixel, allowing portrait mode via software.

The “free” games of February 2021 announced the honor of horror

this week on Apple TV +

this week on Apple TV +