You can switch WhatsApp chats between Android and iPhone, according to WaBetaInfo

It is 2021 and WhatsApp messages cannot be transferred from Android to iOS (at least for free) yet, but that is about to change. From WaBetaInfo, they had access to screenshots showing the tool in which WhatsApp works, which will allow migrate messages from iOS to WhatsApp.

At the moment, it’s unclear how this works or if it will be through a cloud service or a local file type (an unlikely case due to differences in operating systems). However, information from the source reveals that the migration of messages between iOS and Android is closer, although there are no specific dates.

Switching WhatsApp messages from Android to iOS will be possible 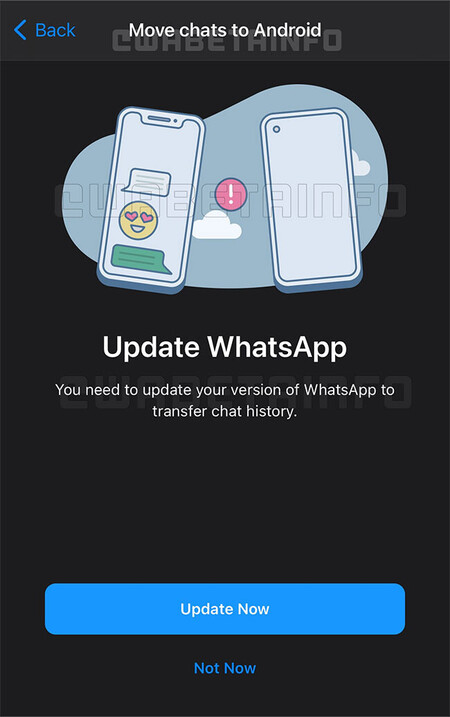 The change that WhatsApp users have been waiting for so many years in one of the two major operating systems, iOS and Android, is closer. Discussions currently cannot be migrated when switching between platforms, since Android performs the copy in Google Drive and in iOS, this is done through iCloud. This prevents restoration of message histories between the two. Besides supporting multiple devices, the big change coming to WhatsApp is this migration.

The information that has been leaked is a screenshot in which a new section appears in WhatsApp for iPhone: move chats to android. From this section, as the name suggests, WhatsApp messages can be transferred from one operating system to another. The screenshot shows a warning stating that it is necessary to update the application to be able to transfer the history, the change should therefore be entrusted to a new version of WhatsApp and not via the server.

How this tool works is still unknown, but there is a good chance that a copy can be made through a cloud service, such as Google Drive. There are no approximate dates for this function but the good news is that it seems to be a bit closer.

The original Space Jam website lives on, including with a sequel

The original Space Jam website lives on, including with a sequel