Silent Hill, the movie. Konami’s horror saga becomes real in a film with its own lights and shadows

The adaptation to the big screen of Silent Hill is one of the best examples of the paradigm of cinema based on video games: almost all the recurring elements of the horror saga they say present, but it remains on the verge of satisfying both the fan of the original game and the one who decides to enter for the first time in the cursed town of Konami.

We agree that Christophe Gans, director of the film, took several liberties when adapting the homonymous classic of 1999 – and successful brush strokes of the sequels – without straying too far from the original plot. What’s more, the film simplifies it and gives it a cinematic narrative coherence. Which, from a certain perspective, it is to be thankful. 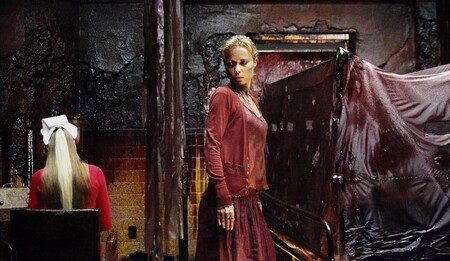 However, in the process the adaptation to the big screen of Silent Hill lose the references and inspirations that Kazuhide Nakazawa and Gozo Kitao, director and producer of the video game, introduced in the original nightmare. Those blatant influences on Twin Peaks, Jacob’s ladder or the work of the Italian < a rel="nofollow noopener" target="_blank" href="https://www.espinof.com/tag/dario-argento">Dario Argento.

Because at this point in the game it’s no secret that the names of Alessa (whose original name was Asia) and Dahlia (Daria), the characters around whom the great mystery of Silent Hill, They are a not so subtle Tribute to Asia and Daría Argento, daughter and wife respectively of the Italian filmmaker.

It’s not that Gans, as a director, was not involved in the project or was unaware of the original material: quite the contrary. It took no less than five years to achieve film rights, which he finally obtained thanks to a video recording in which the French exposed his reverence to the game and how much he wanted to bring it to the big screen.

In fact, during the recordings I always had a PS2 on hand with a copy of Silent Hill From which he not only found inspiration when shooting, but – as can be seen in the film – specific parts of the footage replicate what was seen in the game itself, including camera shots, cinematics and the odd Easter egg. 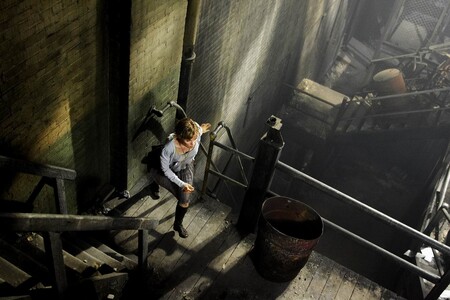 Because, Christophe Gans left little to chance: although much of his script had to be adapted to the budget, including the final scene, only one theme song from the film (Ring of Fireby Johnny Cash) does not belong to the original Konami game: so recognizable Akira Yamaoka’s pieces were heard on the big screen and are scattered throughout the film.

With that ahead, where does the Silent Hill that Gans envisioned and brought to movie theaters around the world?

Welcome to Silent Hill, the town that will push your sanity beyond its limit 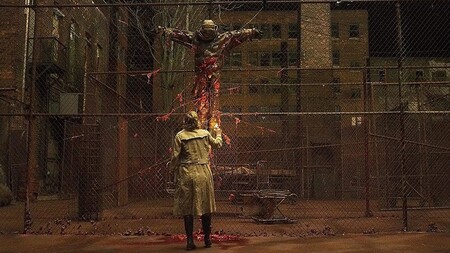 Slowly, Rose Da Silva detaches your head from the steering wheel of your car. The last thing she remembers is driving in the direction of the abandoned town of Silent Hill and suddenly she was forced to make a sharp turn to avoid running over a reckless girl. A silhouette very similar to that of adopted daughter Sharon, who accompanied her on the journey. The impact was inevitable.

She doesn’t know how long she’s been unconscious, but after sitting up and regaining consciousness, the expression on her face changes completely and her nerves take over: your little sharon is not in her seat. It has disappeared. 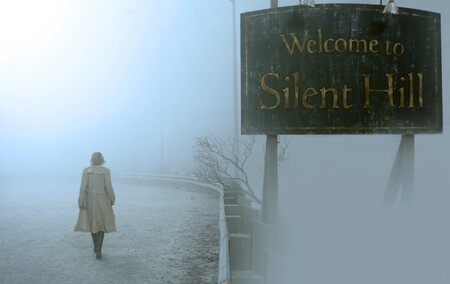 Completely isolated and with a car that refuses to start, Rose sets out to search for her daughter. And you know where you can find it: en Silent Hill.

Rose had never been to Silent Hill. She knew of their existence through the haunting nightmares and visions that haunt Sharon with increasing frequency. One before embarking on the trip, an internet search revealed that that town had been evicted three decades ago due to a terrible fire.

The origins of the fire are unknown, but the catastrophe caused a good part of its inhabitants to leave their home and everything they had in the world without looking back. Others simply disappeared without being heard from. 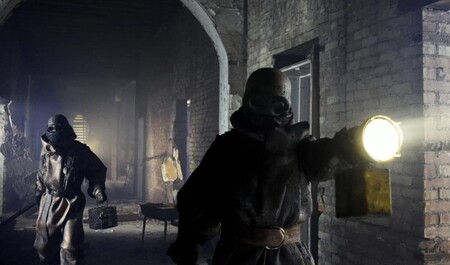 On foot, and hoping to find her daughter, Rose goes to a Silent Hill that is completely submerged in a thick layer of ash that clouds and that surrounds streets and avenues together with a solemn silence.

But what she doesn’t suspect is that the intimidating abandoned look of the town is the kind face Silent Hill: when darkness takes over its streets, reality itself is deformed and these are taken by nightmare creatures and unspeakable horrors. 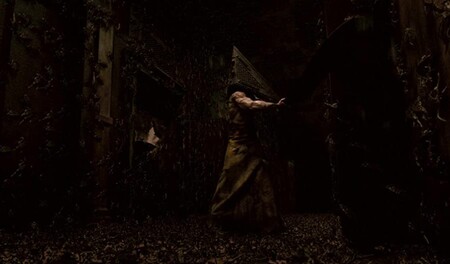 Both the film and the 1999 video game converge on many plot aspects, but the differences between the two are more than visible: the character of Rose Da Silva, created for the occasion, replaces Harry Mason and -in the process- gives him nuances of the protagonists of the later installments of the saga.

In fact, the vast majority of creatures and abominations that appear in the film when darkness arrives are directly drawn from Silent Hill 2, like his own Pyramid Head. After all, they are the most recognizable. 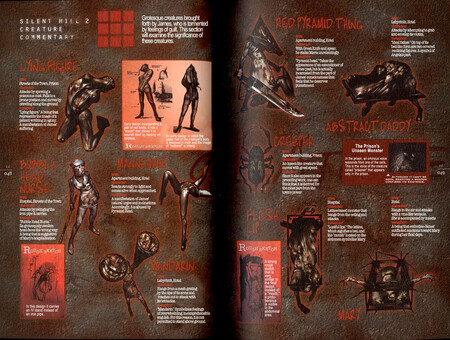 The most notable changeHowever, it appears in the final bars of the film. Rather than delving into the game’s twisted cults and worship of the dark gods by the inhabitants of Silent Hill, Gans steers the conflict into a kind of witch purge by fanatics in the town. Completely redrawing the background of central characters.

That does not mean that the viewer is exposed to a mere walk of something more than two hours in length: one of the strengths of the film adaptation of Silent Hill is its visual achievement, faithfully recreating the two faces of the town. Unapologetically embracing the touch of visceral horror the film requires, with resounding nods to films such as the Shining, Psychosis or the aesthetics of the new meat by David Cronenberg. 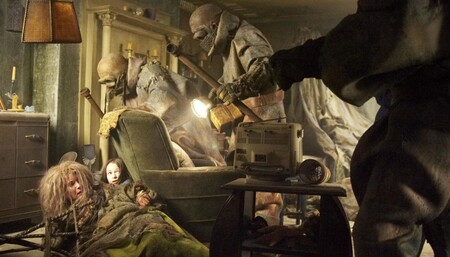 With so many ingredients in common and differences in favor, why adaptation to the big screen Silent Hill fails to enthuse gamers and moviegoers? Basically, because of the way in which, as a movie, it doesn’t quite connect with both. 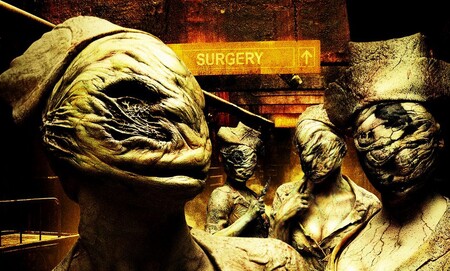 Let’s start with the basics: It is not the same to have a nightmare than someone else to tell you theirs. What differentiated the Silent Hill original Resident Evil and the rest of Survival Horrors it was his shade of psychological terror. The way the title itself plays with the player’s own feelings and exposing him to new and uncertain fears.

To constantly put whoever is in control on the ropes and, in the process, lead him into a twisted nightmare

. A dreamy and challenging world in which he wanders, knowing that each step he takes inevitably leads to an even greater evil.

The Silent Hill movie gets its script right. Both in the changes it makes with respect to the original material and in each and every one of the scenes that it borrows from the game. That the same music is heard is a gift for the fan. Unfortunately, and despite all the above, Konami’s nightmare works better when one lives it from within. 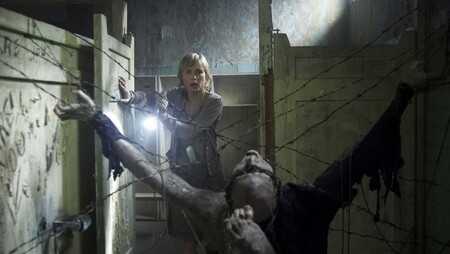 In fact, the way Rose begins to collect and align the pieces of the plot puzzle in Silent Hill It is not much different from a video game: you walk through a school, a hotel or a hospital, make a find or have a revelation and, from time to time, you are exposed to abominations, monstrous creatures or great danger.

A narrative scheme that, unfortunately, contributes little to the way of treating stories through the seventh art. And, at the same time, a constant feeling of Already seen that prevents the fan of the video game from empathizing with the events with the same force as the Konami title. Without exposing him to torments that happen in the cursed city.

The saga Silent Hill has taken the lecture between horror and survival experiences in video games thanks to his own approach to what horror should be. And despite those sensations they can also be transmitted through a film – after all, the developers at Konami dumped many of these into the game – in the end it all comes down to how you get whoever’s behind the screen to receive them. Or, in this specific case, suffer them. 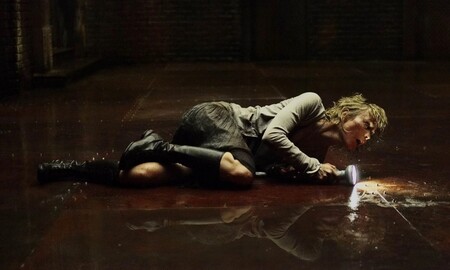 Despite its huge licenses and twists, Silent Hill is an example of how by bringing the same ingredients from a video game to a movie you don’t get the same results. And although it does not work as an adaptation, respect for the original work and its essence are there. When darkness takes over town, you know perfectly well that Christophe Gans he’s doing well from the director’s chair.

That means that adapting Silent Hill to the big screen is impossible? Well, six years later Silent Hill: Revelation 3D was released. And although the cast was joined by the talent of Kit Harington and Carrie-Anne Moss, among others, that sequel is indefensible.

Konami could have just given up his film rights, and he had reasons for it: the film saga of Resident Evil it worked wonderfully at the box office despite being totally unmarked from video games. However, it is not impossible bring the cursed town to the big screen: the really complicated thing is that the viewer experience the same heartaches as in video games.

Popular game coming back to Xbox Game Pass in January

12 strategy games that you can get cheap right now

The tiny Ghost of Tsushima also has beautiful prints, bloody katanas and brimming with life.

Battlefield 2042: This is what you can expect in the upcoming patches

For some reason, Ed Sheeran will join Pokemon Go

Black Friday price for AirPods: Apple headphones are still on sale for a limited time