It’s time to close the review of the release guide with all the video games coming out in april for Windows Stores, such as Steam or the Epic Store.

Contrary to what happens on consoles, here there are several exclusives (total or temporary) that end up making up a bit of the general drought that is coming next month. But it is that as we remembered before, between February and March there was a whole barrage of great games, wow.

Day 5 arrives LEGO Star Wars: The Skywalker Saga, the definitive compilation of the nine Star Wars films in a humorous way, as only LEGO videogames know how to do. And contrary to what it may seem, there are a number of substantial new features regarding the LEGO formula, such as the possibility of applying improvements to your characters or making combos.

Day 7 arrives Chrono Cross: The Radical Dreamers Edition, which translates into the remastering of that exclusive PlayStation game in 1999 that only came out in Japan and the United States and that is included within the same universe of the iconic Super Nintendo Chrono Trigger. Now it comes with slight graphic tweaks and a series of other improvements, such as the possibility of deactivating encounters with enemies. In addition, the conversational adventure Radical Dreamers, which until now was exclusive to Japan, is included to better understand its beautiful world.

On the 14th comes Crimesight, a kind of Cluedo adapted to the current times and with a background of interest by repeating the eternal fight between Sherlock Holmes and Moriarty. In addition, it is part of the new games that Konami publishes. If you want to try their demo before, you can sign up until April 7. Date prisa.

On the 20th comes Postal 4: No Regerts, or more specifically its final version to leave behind its early access status in development. One of the most controversial sagas by far in all of history and with that badass style, without any type of filter (pissing on enemies, shooting cats, etc), to do whatever you want. A sandbox

that makes GTA V look like a child’s game, straight up.

King Arthur: Knight’s Tale arrives on the 29th, the darkest vision around the figure of King Arthur and as an extremely demanding SRPG. But the most striking of all will undoubtedly be its history, seeing precisely King Arthur as a villain after rising from the dead after a bloody battle against Sir Mordred. If you like games along the lines of XCOM or Divinity: Original Sin, it will win you over.

It’s out on Steam. And in the distant future, on PS5 and Xbox Series.

All the games that will be released on PC this month 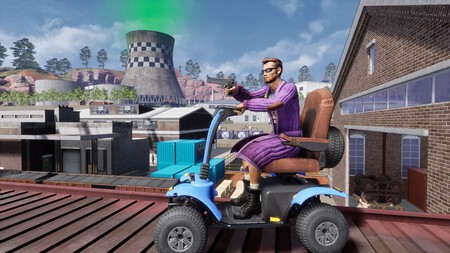 Here is a list with all the games that will come out on pc throughout the next month, clarifying if they come out on Steam, the Epic Games Store or other types of stores.

If a game is already up for pre-order, we’ll put its price next to it.

As new dates are confirmed every week (and many others are modified), we recommend you to be aware of our Google Calendar, where we are updating all the games instantly every day, specifying if they come out physically or digitally. If you miss any, leave it in the comments.

A new saga begins with The Witcher 4?: everything we know

Buy or pre-order PS5: Drop at Alternate? Where the coveted consoles lure on May 25th

iPhone 14 arguably takes better selfies, but that comes at a price