F-Zero is one of the most beloved and remembered franchises of the Big N despite having just six games. From its debut in 1990 to the release of Climax, until now its last adventure, users have been able to enjoy several deliveries over 14 years. However, in 2004 Nintendo turned the tap off and since then, no new game in the series has seen the light.

Despite nearly two decades of drought, the passion of the players for F-Zero has not stopped growing. Due to its premise and gameplay, the racing license is one of the funniest in the Big N catalog. For this reason, users are waiting for a return that, at the moment, seems to be very far from happening. And if not, let them ask good old Reggie.

The beginning of the legend. To demonstrate the capabilities of Super Nintendo, at that time the new system of the Japanese firm, it opted for select several titles that demonstrate the muscle of the console. Among those chosen was F-Zeroa proposal different from anything known up to now that, surprisingly, led us to know the Formula 1 of the future. And no, it is not an exaggeration.

In the year 2560, the time in which the series debut takes place, the billionaires are tired of their monotonous lives. As a result of this, they get together and decide to create “F-Zero”, a car category that would bring back the excitement of Formula 1. However, its creators wanted something more than action and, apart from betting on speed, they added an extreme slope

that put the lives of the pilots at risk in each race. 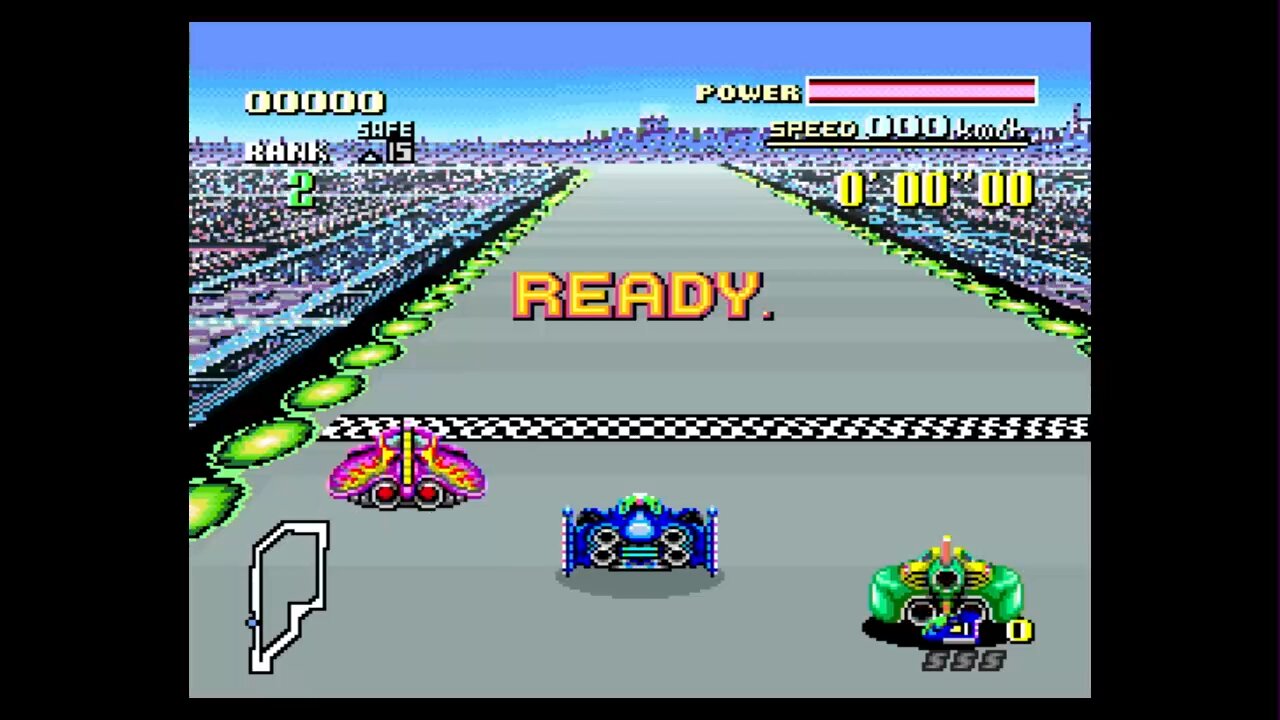 Up to four characters (Captain Falcon, Dr. Stewart, Pico, and Samurai Goroh) were selectable in the first of the games. F-Zero. In it, our mission would be cross the finish line first after completing the five laps relevant to each circuit. However, this required a lot of skill as there were elements on the track that could damage our vehicle. If we do not overcome them, our participation would end instantly.

F-Zero became an instant hit. In addition to launching Captain Falcon to stardom, a character who monopolized all the spotlights, thanks to the use of Mode 7 (capable of simulating 3D on the console), the game achieved exceed one million copies sold, a figure much more complicated in the past than today. For this reason, the players eagerly awaited a new installment that, unfortunately, it took 8 years to arrive.

The second installment in the series, which came almost a decade after the first, was the penultimate of the license on a home console. In the summer of the second year of life of Nintendo 64, which hit the market in 1996, players had the opportunity to enjoy the continuation of the original SNES proposal. And, although this was not as surprising or as successful as his debut turned out to be, yes he dazzled all those who gave him a chance.

The leap to a more powerful system gave F-Zero the ability to expand your playable options. Thus, from the original four pilots, it became 30, a number that fascinated users. In addition, the possibility of enjoying a multiplayer for up to 4 players was also included and new modes were added. Among these he highlighted Deadly racea slope in which we were challenged to finish off the other 29 pilots as fast as possible.

Though F-Zero X continued the events of what was seen in the original proposal and, in turn, maximized everything that was presented on the SNES, sales did not follow the proposal. Despite good reviews and improvements in all aspects, the poor reception of the console caused F-Zero X will pass through the market with more pain than glory. However, those who tried it were delighted. If you’re intrigued, the game is available in the N64 catalog of Nintendo Switch Online.

Three years had to wait for fans of the series to get their hands on a new installment. According to the events of the game, Captain Falcon and other pilots accuse the passage of time. The danger of F-Zero racing caused some to call for its closure, but with the arrival of a new generation the queen category of motorsport is once again more alive than ever

For its debut in the portable field, F-Zero: Maximum Velocity He took with him up to five different game modes. As usual, in these we could participate in different challenges, complete several cups or enjoy the multiplayer options. Although many fondly remember this proposal, the first of the three that came to Game Boy Advance, sales did not accompany it either and Nintendo began to lose faith in the franchise.

For many, this title marked the end of the hope of the Big N in F-Zero. After two attempts to recover the glory that they achieved with the first installment, the Japanese firm trusted GameCube to receive a new proposal of the beloved saga. In fact, if the bet was so big that even developed an arcade proposal called F-Zero AX next to SEGAa company with which, at that time, I did not make good friends.

The arrival on GameCube did not mean detaching from what had been seen until then. In essence, F-Zero GX it retained (and improved) many of the aspects seen on the Nintendo 64. In addition, it introduced a 9-chapter Story Mode starring Captain Falcon, the most illustrious face of the series. Regarding the arcade bet, Nintendo allied with SEGA to release an optimized version debug the engine Super Monkey Ball and take all your technology to these futuristic races.

Unfortunately, as it happened with any other installment that was not the first, reviews did not match sales. Although the specialized press was very satisfied, the players did not support the license and this did not reach the figures that I needed. Therefore, the Big N stopped trusting F-Zero in home systems and unfortunately GX It was the last one that saw the light in a desktop console.

For Western audiences, this was the last title of F-Zero what they had in their hands. In the year in which Nintendo put all the meat on the grill, since they released GX and GameCube, AX in arcades, GP Legend on Game Boy Advance and an animated series centered on Captain Falconthe public showed that it was not interested in a franchise that lived a golden year.

Being the second experience of the series in the portable field, GP Legend surpassed in all respects Maximum Velocity. With more tracks, more cups and more characters, this new experience delighted all those who tried it. Unfortunately, not many can boast of having acquired a copy of the title. As a result of this, the Big N put an end to the series in the West, taking away the possibility of enjoying what, until now, is the last installment of the game.

Until now, the last of the games of F-Zero that Nintendo released. In 2004, a few months after GP Legend, users from Japan had the opportunity to enjoy Climax. This proposal, unpublished outside Japan, is a direct sequel to the previous title. In addition, as the main novelty, it allowed create tracks without the need for an external devicejust like it was on the Nintendo 64.

Unfortunately, only players from Japan were able to access the franchise’s farewell. The poor reception and poor sales of it, which never reached its debut figures, caused Nintendo to lose faith in the license. Thus, when more products were launched on the market, less users responded. And finally this is over burying the franchise forever.

In addition to the titles mentions, F-Zero also noted for to be one of the first licenses to have additional content. However, none saw the light outside of Japan. The first two, BS F-Zero Grand Prix and its sequel, were two proposals released for Satellaview (SNES peripheral). With F-Zero X Expansion Kit, for Nintendo 64, players were able to create their own tracks thanks to the Controller Pak. Lastly, we cannot forget Zero Racersthe canceled virtual reality project that was never released. 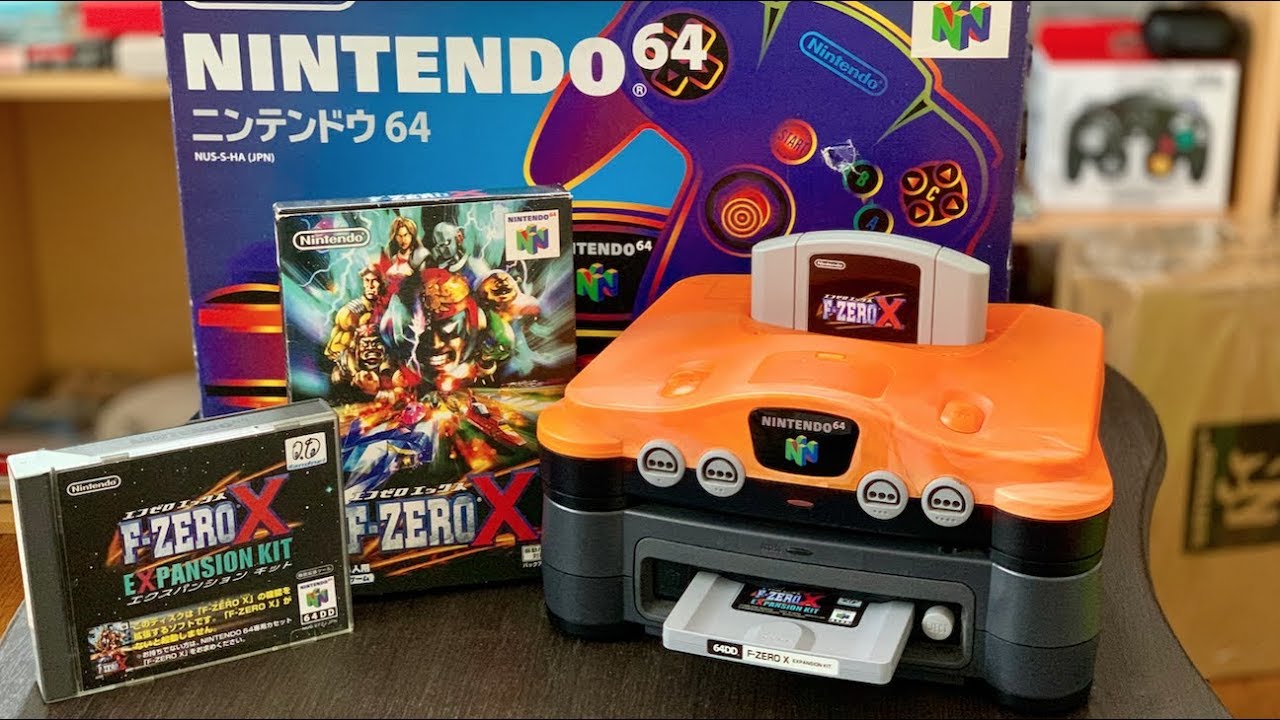 So far the games F-Zero. And you, did you know all the titles of this saga? Would you like me to come back? We read you in the comments.

Hell yes, Dood! Disgaea 7 is getting a Western Switch release this fall

MLB The Show 23 is coming to Switch on March 28th

Rumor: New details of the spin-off of The Witcher