After our analysis of the game (which has obtained an outstanding grade), today in iGamesNews we bring you thanks to the team of Aniplex a Exclusive interview with the creators of RPG Time: The Legend of Wright, two indie developers full of creativity and good work. Taking advantage of the fact that this week the game lands on Nintendo Switch, we leave you under these lines with our questions towards Tom Fujii y Nam No de Deskworks:

This game was born from the creativity of a young video game developer named Kenta, did your passion for video games also come from a young age?

“RPG Time: The Legend of Wright” was developed by two game designers who were born around the same time as the Family Computer (the Famicom). Our love of video games began at a young age, when we played them obsessively.

What was the main inspiration to create “RPG Time”? Personally, it reminds us a bit of the “Paper Mario” series.

This game originated from our memories of drawing with a pencil and paper in the classroom as children. The art style was first inspired by «Ugo Ugo Rūga«, a Japanese children’s television program. The game design was inspired by a variety of unique games, but I think one of the main influences was Nintendo’s action RPG. «Kaeru no Tame ni Kane wa Naru«. This game (commonly translated as “the frog for which the bell tolls”) was only sold in Japan, but it’s a title I really wish everyone could play. It is still one of our favorite games.

Of course, the “Paper Mario” series is also one of our favorites. Also, we love “Mother (EarthBound)”, “Comix Zone”, “The Legend of Zelda”, “Dragon Quest”, “Mystical Ninja” and “Kirby Super Star”. 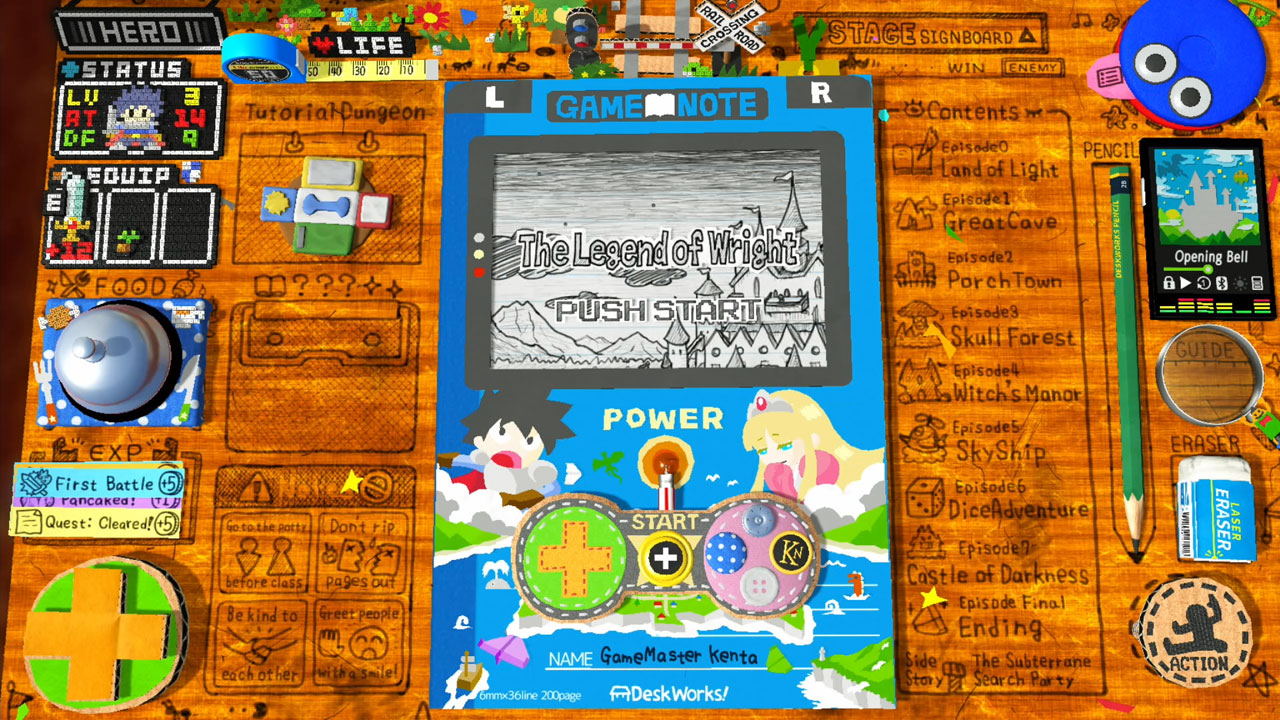 How long has it taken you to develop this game?

Our initial plans were for the development period to be two years, but we actually needed about nine years to complete it.

The game has a very original presentation, what was the biggest difficulty in the development process?

Naturally, we struggled with the sheer amount of content in the game. More than 200 pages were made for the “book” of this game, and all of them had a different variety of actions, tricks, and graphics. During the final stages of development, each page had its own set of bugs, and fixing them was difficult.

Also, all handwritten text in the notebook and elsewhere had to go through the localization process. Rewriting everything took a lot of effort. 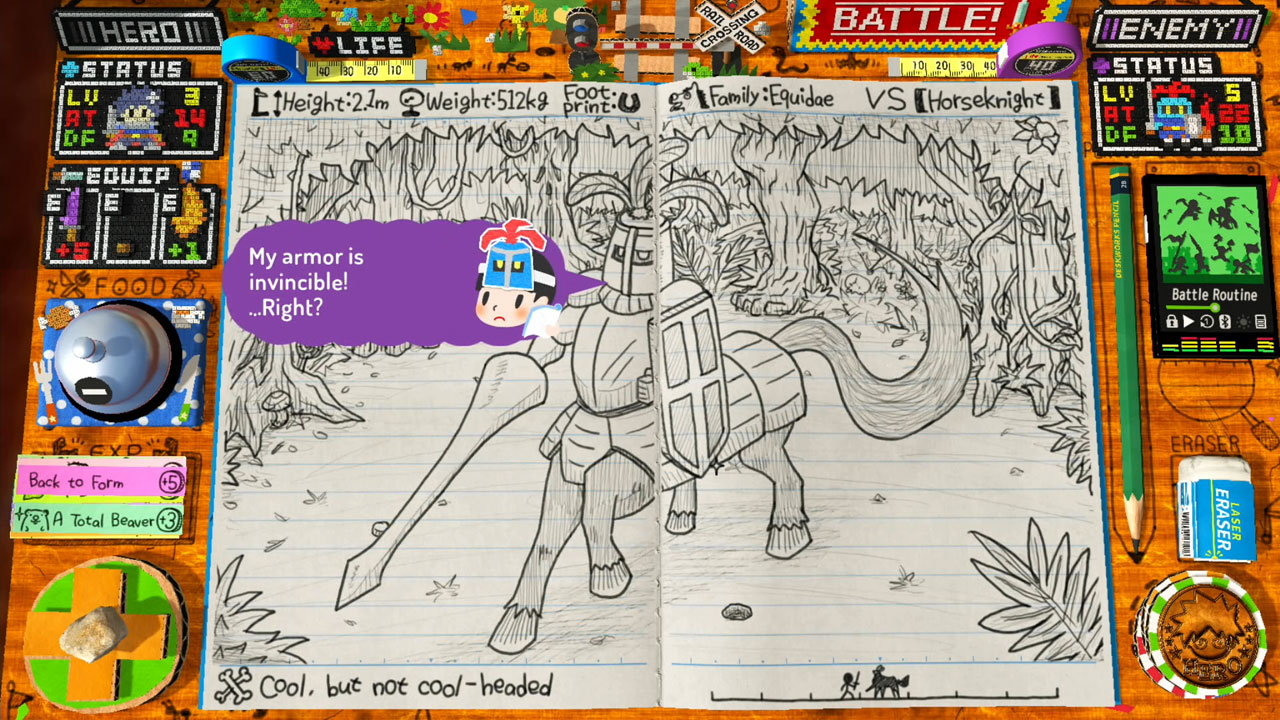 On the other hand, what are you most proud of about this game?

That we have filled it with so many different game ideas, and how we have been able to express them. If we only talk about the number of ideas, it can rival any AAA title out there.

How have you managed to convey that feeling of “nostalgia” that this game stands out for?

After showcasing the game at events around the world, we’ve found that everyone shares the memory of doodling in their notebooks as a child. The pencils, notebooks and desks we used as children may be different from the ones in the game, but I think we all naturally feel the same tinge of nostalgia that comes from sitting on our chairs in class while playing with our friends. 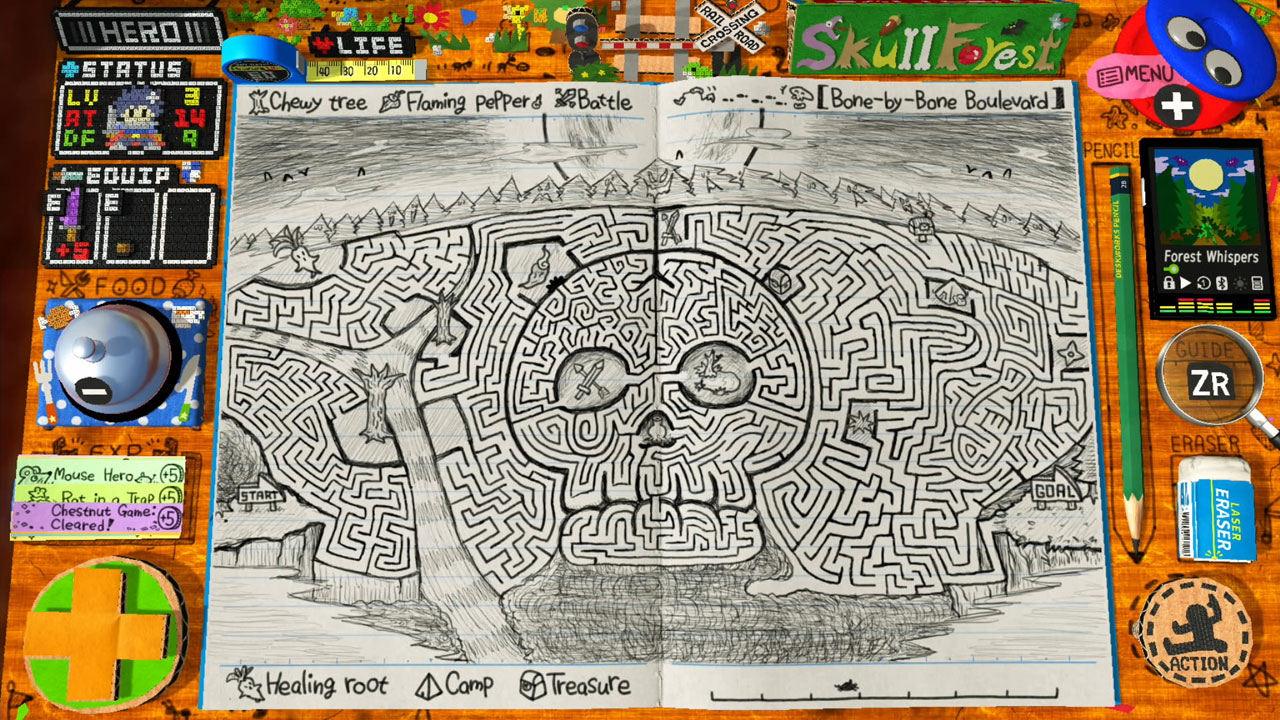 What do you think about the current situation of the Japanese indie game scene?

The indie game scene in Japan continues to thrive, despite the coronavirus situation. There are more and more teams working independently from the big Japanese developers, and publishers are supporting indie developers, among other things. I expect many amazing indie games to be announced in the next 1-3 years.

Your game is going to be played by many people all over the world, do you have any message for them?

It is a game full of interesting ideas, from the first page to the last. It would be an honor for us if you could play it until the end!

Thank you very much for your time! And to you, we only have to remind you that RPG Time: The Legend of Wright comes to Nintendo Switch this August 18, don’t miss it!

Lead developers of Disco Elysium have left the company

SUDA51: “If the fans are very loud, Travis may come back” in the future