The Nintendo eShop continues to grow apace, with a massive increase in digital sales – iGamesNews

As you all know, much of the world is dealing with it. coronavirus At this time, for this reason and to prevent its spread, both the governments and the health authorities of the countries are making a series of recommendations and obligations to reduce it as much as possible. Obviously, this fact has affected a multitude of sectors, including that of the video game

. In fact, the “new normal” has transformed the market and, also, the way we shop and play.

This is clearly reflected in the Nintendo’s annual financial report that has been shared today, where one of the consequences is the important increased digital sales.

These are the most prominent details that have been shared: 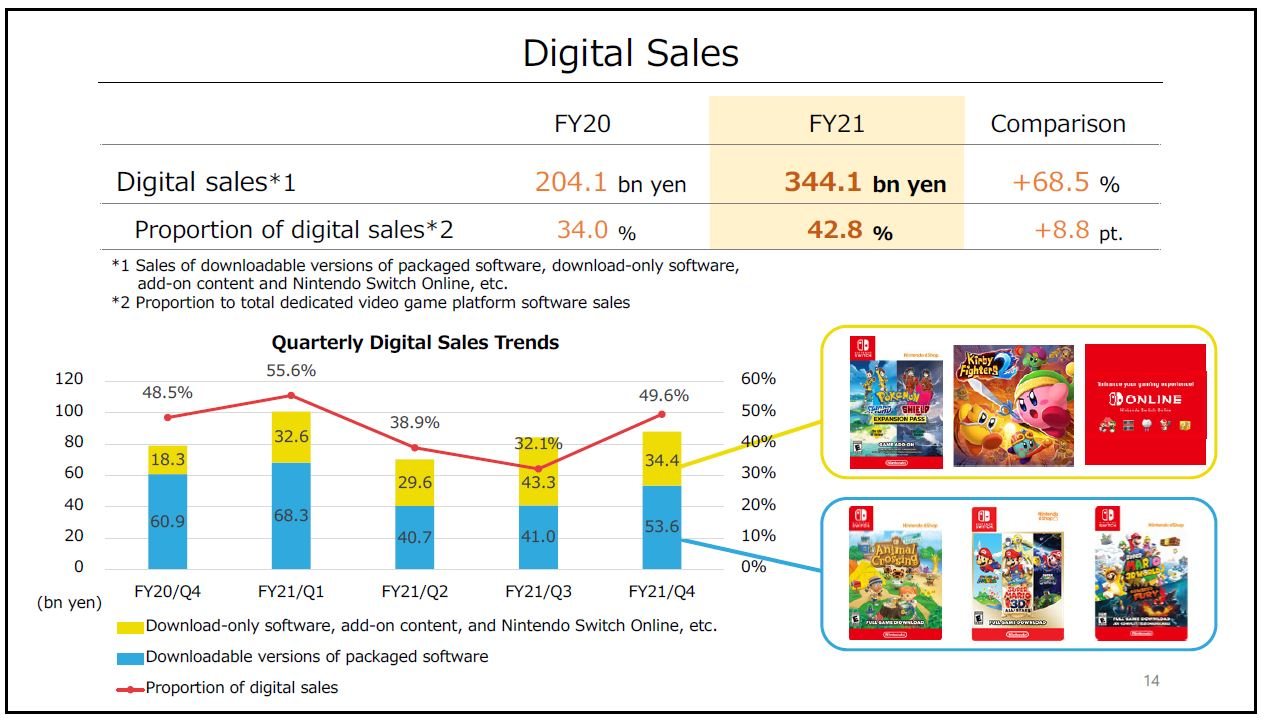 What do you think of these figures?

Recording a video from the front camera to the rear camera is possible with Flipcam, free and very easy to use

Oink Games brings its board games to Nintendo Switch

Oink Games brings its board games to Nintendo Switch