We bring an interesting message related to one of the most outstanding games in the Nintendo Switch catalog. We are talking in this case about Xenoblade Chronicles 3which will be released on July 29.

Specifically, it has been confirmed that, after the opening of the reserves of the american special edition, now this is being resold at exorbitant prices. There are listings for $250 to $350, while the item itself is officially priced at $90. 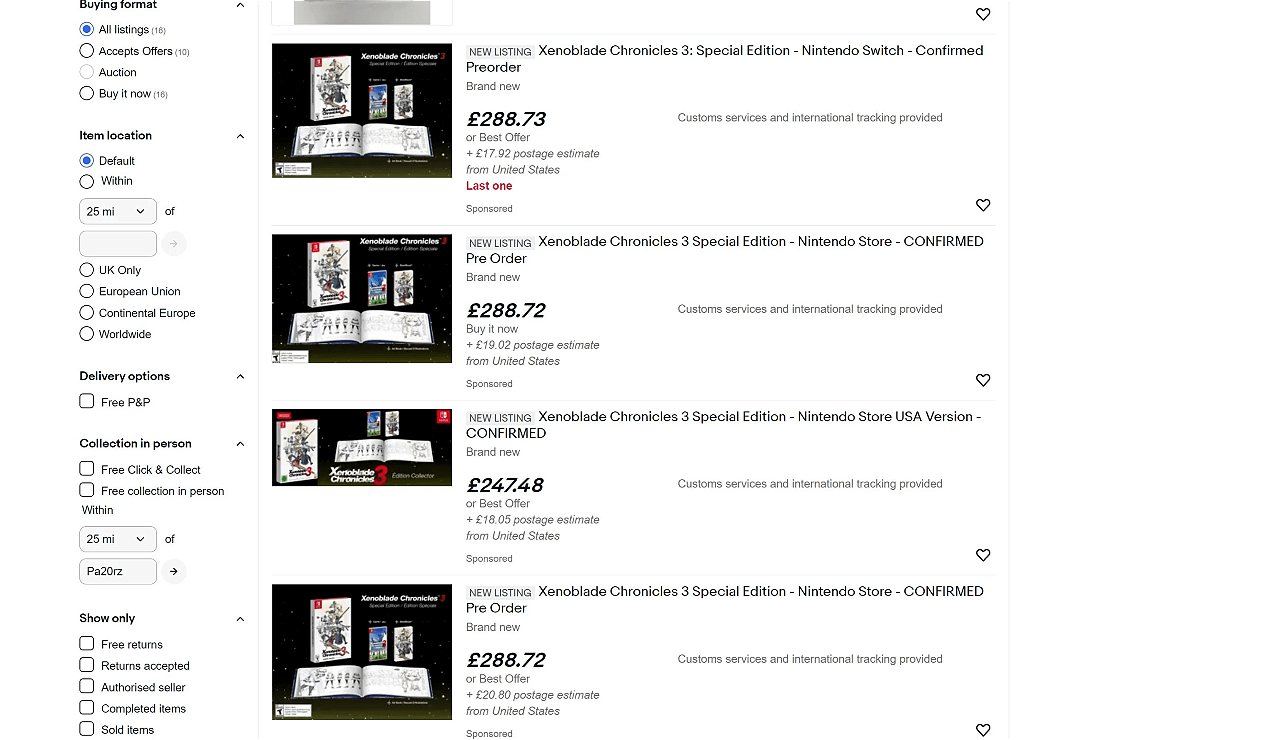 Nothing has been confirmed for now. Europa, so we will have to be attentive to see when we can reserve it. Remember that on this continent it was confirmed that reservations would open at the end of July and that we can already register to be notified as soon as they are available.

What did you think of the news? If you are interested, you can take a look at our full coverage of the title at this link.

three free games including a cult and a dark fantasy game

Hogwarts Legacy is delayed to February 10, 2023 and the Switch version is left without a date

Hogwarts Legacy delayed until next year