Alcatel announced three new terminals at CES 2021, more or less repeating last year’s movement. They are three inexpensive terminals, from 109 dollars that costs the least to 149 dollars for the most complete.

Thus arrive the new Alcatel 1S, Alcatel 1L and Alcatel 3L, which this time do not include the year in their name, for more confusion. They are part of the entry range, counting the most complete of them, the Alcatel 3L, with a 48 MP triple camera. 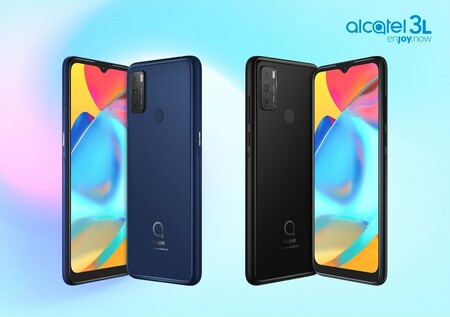 The Alcatel 3L is the most complete model the company has presented, although it continues to be in the entry line. With an unspecified 1.8 GHz MediaTek processor, the terminal has a version with 4 GB of RAM and 64 GB storage, expandable by means of a MicroSD.

The Alcatel 3L display has 6.52-inch diagonal HD + resolution, including a drop-shaped notch in its upper part where the front camera is located, with 8 megapixel resolution.

Behind we have a triple camera with 48 megapixel main sensor, a 2 MP macro sensor and a third 2 MP sensor for portrait mode. The battery is 4000mAh, with no mention of fast charging. The terminal has a physical button for the Google Assistant and includes the fingerprint reader behind. 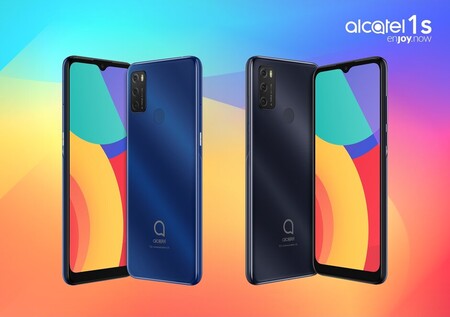 On the other hand, we have the Alcatel 1S, which is very similar to the Alcatel 3L that we have seen before, although a little cheaper. It mounts the same 1.8Ghz eight-core MediaTek processor, but with a version with 3 GB of RAM and 32 GB of storage

The screen retains the same characteristics as its brother, that is to say a diagonal of 6.52 inches and HD + resolution, also topped with a drop-shaped notch. The difference is that the front camera is 5 megapixels in this case.

A fundamental difference between the Alcatel 1S and the Alcatel 3L is in the camera. It is also a triple combination with 2 MP sensors for portrait mode and macro photography, but with a 13 megapixel main sensor.

On drums we still have 4000 mAh capacity and no mention of fast charging support. The fingerprint reader is also included on the back and a physical button to call up the Google Assistant. 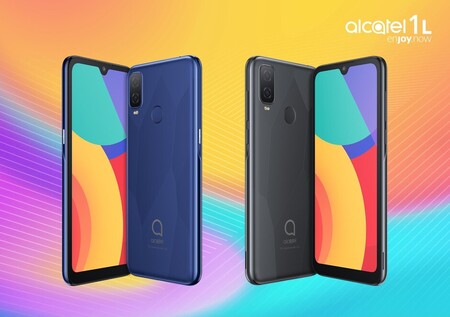 Finally, we have the more modest of the three: the Alcatel 1L. This model slightly reduces the diagonal of the screen, being 6.1 inch although with the same HD + resolution. Also with notch, which integrates the 5-megapixel front camera.

In this case, it is a terminal with Android 11 GB Edition, which incorporates an unspecified quad-core processor and a version with 2 GB of RAM and 32 GB of storage, expandable via a MicroSD.

In the photographic field, the Alcatel 1L incorporates a dual camera with a 13-megapixel main sensor and a 2 megapixel bokeh sensor. The battery is a bit smaller than its siblings, with a capacity of 3000mAh. The terminal also has a fingerprint reader, on the back, and a physical button to call the assistant.

The Alcatel 1S, Alcatel 1L and Alcatel 3L will go on sale between February and March, in “certain markets around the world”. All three are available in blue and black (gray, in the case of the Alcatel 1L), with this official price: