The new independent Honor, as Huawei sold it to a consortium of companies in Shenzhen, continues to renew its catalog and showcased one of those models that first set foot in China, then borrowed the way of the international market by changing their man. An old acquaintance of its catalog, in fact, which was originally called Honor V40 but which we will most likely know Honor view 40 when I cross its borders.

And as expected, this View 40 relies on components that were not manufactured by Huawei, such as its brain. When ordering the phone we find a MediaTek chip, the Dimensity 1000+, which automatically gives us access to 5G but this Honor View 40 has more to offer and some of its features are quite interesting. 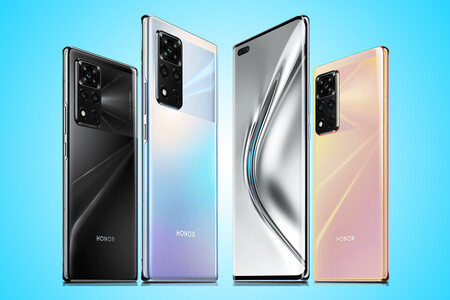 As we said in the introduction, Honor dispenses with Huawei’s internal components to fly autonomously under the wing of their new owners, and it shows in the choice of its processor. Here we have MediaTek Dimensity 1000+ running at 2.6 GHz and supported by two variants: 8 GB / 128 GB and 8 GB / 256 GB

. Both, of course, without microSD with which to expand.

On the camera side, the Honor View 40 relies on a 6.72 OLED panel and a fairly common ratio (19.5: 9) but with a very strange resolution: 2676 x 1236. In short, it looks like FullHD + but in reality it’s more than that and less than QHD +. A rarity. What is not unusual is to see 120Hz or 300Hz refresh rate on touchscreen refresh, which makes this phone an ideal model for squeezing games and other content, also for its stereo speakers.

We come to the cameras, with their 16 megapixels up front accompanied by an ambient light sensor and it’s time to talk about the rear trio. 50 megapixels drive the main camera of the phone, with an RYYB sensor inherited from the agreement between Huawei and Sony. In secondary, an 8 megapixel super wide angle camera and a 2 megapixel camera with macro focus. The equipment has, moreover, a laser focusing. 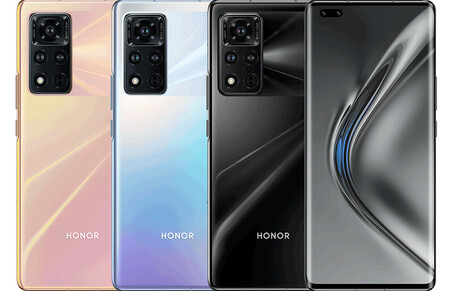 The phone was originally presented in China, so it will take some time to see its international availability and price. In the meantime, we still have that it is available in three colors (rose gold, blue and black) and that its prices for the Chinese market are as follows:

Genshin Impact: The Wonderful Goods Event is Back: First Gems and Rewards – News

Apple is already preparing the launch of iOS 16.3.1 in February with these new features