After the launch of the Realme GT, the Chinese company invited us on August 3 to discover its new MagDart magnetic charging technology and the first mobile to integrate it, the Realme Flash. But it seems that This is not the only terminal Realme is preparing. The manufacturer’s 8 series could soon welcome a new member.

91mobiles and @OnLeaks They have published some pictures of the possible Realme 8 as well as a list of the most important features, among which stand out the Dimensity 810 processor -not yet presented- 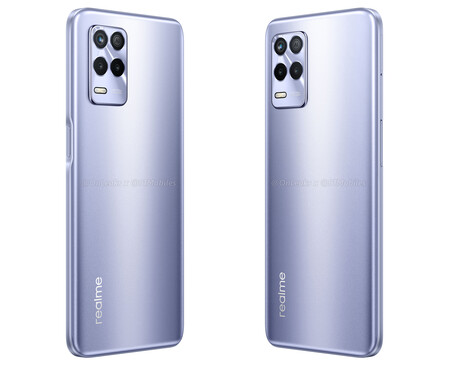 As can be seen from the leaked images, the design of the Realme 8s is very similar to that of other Realme 8 series phones. On the back it has a triple room arranged in a square module

next to an LED flash. The volume rocker is on the left, while the SIM card tray and power button with the built-in fingerprint sensor are on the right.

The speaker, USB-C port, headphone jack, and main microphone are on the bottom edge. Up front, the Realme 8 would sport a 6.5 inch panel with a refresh rate of 90Hz. There are no renderings of the screen, so it is not known if it will have a notch or a hole. Either way, the front camera would be 16 MP.

The resolution and lens type of the other two rear camera sensors are unknown, but the main sensor will offer 64 MP. The battery is expected to have a capacity of 5,000mAh and support 33W Dart fast charging.

Inside the Realme 8s we will have the Dimensity 810 processor (a 5G chipset not yet announced by MediaTek) and two RAM options (6 and 8 GB) with an additional virtual RAM of 5 GB. Regarding the internal storage, there are two variants with respectively 128 and 25 6 GB, while regarding the operating system, it will bring Android 11 under the Realme UI 2.0 layer. The price and availability didn’t go beyond the details.

Picture of the day: Game Gear vs Steam Deck, the tech comparison shows one thing that hasn’t evolved

Picture of the day: Game Gear vs Steam Deck, the tech comparison shows one thing that hasn't evolved