Punctual like clockwork, after a week ago the stable version of Android Auto reached version 7.7, the beta is progressing to receive Android Auto 7.8 betaabout a month after the previous beta.

The new beta still does not dare to activate Coolwalk for everyone -Google told us that it will arrive in the summer- although some users have found something new or, at least, a change: Android Auto asked them repeat setup wizard

Google continues to hide what changes in every Android Auto update from us, despite releasing new builds and betas almost every week like clockwork. The latest update is Android Auto 7.8 beta in which, in principle, the ch anges go inside. They are not activated when the version is updated, rather Google, on the server side, decides when and for whom they are activated.

This is happening again with an Android Auto 7.8 beta where most users won’t notice any difference after the upgrade. However, everything indicates that Google is preparing a new setup wizard for Android Auto.

For the moment, there don’t seem to be any configuration changes per se, although Google should undoubtedly prepare something about it or, at least, collect information about it with a view to improving the function in the future. At this time, in the absence of Google announcing the changes, we can only speculate.

As we mentioned earlier, the update is coming as update via Google Play And, if you still don’t have it, you can also get it from APKMirror, for mobiles with Android 8.0 or higher. 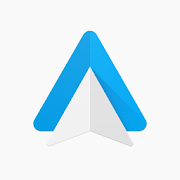