This is what we expect from Apple’s September 14 presentation and upcoming events.

The invitations for the iPhone 13 showcase event have arrived. And we call it “the iPhone 13 event” because we assume we’ll see the presentation, although, to be fair, there is no official confirmation on this. There is also no confirmation that we will see the new Apple Watch Series 7, but we are expecting them as well. And the list of possible presentations is growinglet’s review

Traditionally, this is the iPhone showcase event, so we take it for granted that we will see the new iPhone 13 in all four variations. Some iPhone that will arrive, according to the latest rumors, with news on the screen, in the cameras, with more battery and with an A15 inside. Some iPhones which, without showing their renewal as visually as the redesign that took place with the iPhone 12, will mark a before and an after in the iPhone family

With the iPhone, we hope to see the new Apple Watch Series 7. These Apple Watch, which will physically increase in size and also adapt to a larger screen– thanks in part to the reduced bezels – will have a new design based on the iPhone 12. A square design that will be the first change in this regard since the introduction of the original Apple Watch.

Which presentation interests you the most?

Finally we can dare to put the third generation AirPods in this first category. Some headphones which, inheriting the design of AirPods Pro, although not all of its functions, will continue with the evolution of Apple’s successful wireless headphones.

We are entering the “maybe” section. This is a section that depends on one main point: the question of whether we will have two or three events this fall. If, like last year, we have three events, it makes sense that one of them is dedicated to the iPad and therefore we wouldn’t see them with the iPhone. If we take it for granted that we will see two events, we can expect a quick pass from the iPad family at this event.

The main contenders for the bill are the entry-level iPad and the iPad mini. Right from the start, we expect an internal update and reduction of frames while generally preserving the current design language. While for the iPad mini we hope for a new design, inspired by the current iPad Air, which would transform the mini into something like an iPad Air mini. With a slightly larger screen thanks to the reduced bezels and the Touch ID on the unlock button, this would be a very, very interesting iPad.

And we move on to the last section. Here we can dare to ensure that these products are not seen at this next event. Yes, we will see later this fall or they will be leaving next year a lot depends on what we know about each of them.

Topping the list are the 14-inch and 16-inch MacBook Pros. These Macs should have a special event in October or November. As we have said several times already, we hope that they will arrive with a M1X or M2, redesigned and with mini-LED display. In this long-awaited event, the larger iMac could also appear, something that rumors don’t support much, but there is always the possibility. 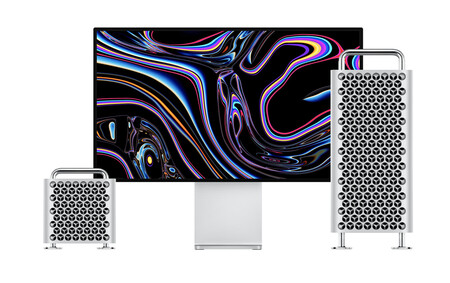 The renewed Mac Pro, the little ones, those who will take the first step towards Apple’s silicon, could also appear in this October / November event. Which would exclude them from the iPhone presentation event.

The Mac range still has many surprises in store.

Leaving the product line we find the iPad Air and the iPad Pro M1, which almost certainly will arrive already in the spring of next year. Something similar would happen with the second generation AirPods Pro.

Ultimately, already in 2022Probably in the fall we would see the Mac Pro with M1, a renewal of the Mac mini, with a new design, and possible Apple TV focused on games.

The list of pending news is long and interesting, without a doubt. For some products the wait will be only a few weeks, for others a little more than a month and for others much longer than we would like, although of course there may still be surprises.

Vanguard, dates and contents of the open beta

Vanguard, dates and contents of the open beta