Despite the rave reviews she’d read about him, she still hadn’t had a chance to put her paw on the Razer Viper Ultimate. Now after doing it with the edit Cyberpunk 2077, I can not do anything but join the popular clamor.

I do not do it without complaints, yes, and that is that even after an imposing aesthetic and the most effective use, there is always some room for improvement for future versions. This is what the test of the Razer Viper Ultimate Cyberpunk 2077. 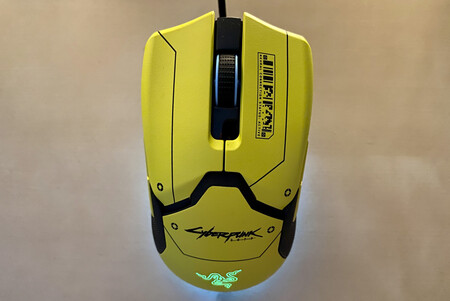 A most successful aesthetic

The great asset of Razer Viper Ultimate Cyberpunk 2077 It is how much – and well – that enters through the eyes. With wireless connectivity, the mouse itself has to be added a magnetized base on which it will rest after each session to recharge batteries that do not really require too much attention.

The placement of the same on said base and the illumination which follows the mouse and base, give it a monumental appearance capable of dazzling even the most reluctant to light up. I, who usually describe everything that has more lights than normal as a fair, I have not been able to resist gazing at it on occasion.

The Cyberpunk aesthetics 2077 gives even more sense to its structure, with a symmetrical body focused on ambidextrous use that plays with plastic and rubber to offer grip and comfort when moving. The yellow touch and the straight lines make it a less sober gadget than the original design, and once placed on the base, the collaboration is easy to appreciate.

The small step that separates the bottom of the mouse from the main buttons is imperceptible to the touch, but it suits its design fabulously. In fact, the only “but”That could put its ergonomics is that, in the search to be equally valid for right and left handed, the pairs of additional buttons that rest on both sides are only accessible to the thumb. They force you to play with your hand in claw mode if you want to take advantage of them all equally.

A sacrifice to try to please everyone, after all, but not a problem that makes you enjoy its possibilities less or that makes it an uncomfortable mouse. It’s just not as comfortable and functional as it could be if you had a slope for each type of laterality

Offering up to 70 hours of use depending on how much you like to play with the gears and their little lights, the use of the Razer Viper Ultimate Cyberpunk 2077 It has turned out to be a real joy. Undoubtedly one of those gadgets capable of making you rethink the possibilities of wireless accessories – especially if, like me, you’ve always opted more for cable reliability. 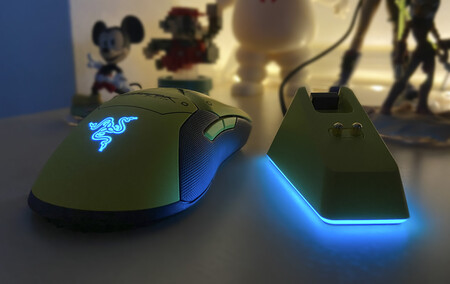 Just as effective are your mechanical switches, with a very pleasant touch that also carries over to both the roughness of the wheel and the precision of its turning. It is one of those peripherals that, no matter where you take it, has that sensation of pleasure that many of us value so much in its DNA.

Also smooth in its movement thanks to the four sliders that crown its corners, maybe the only time a “this doesn’t suit me

”Is precisely when reviewing its bottom.

There, next to the optical sensor 20.000 DPI, the button to move between wired or wireless mode, and the tab where the USB rests that we will normally have connected to the charging base, is the DPI change button. You avoid pressing it by mistake, yes, but jumping from one game to another or from office to vice mode is more agile if you have them closer to hand. 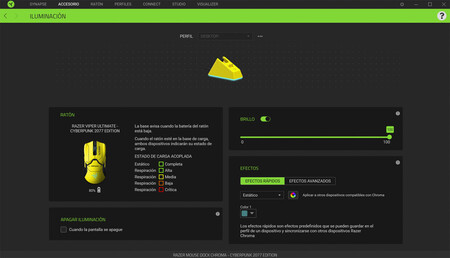 Luckily you can always resort to the application of Razer Synapse, from where you will also touch up colors, assign buttons and play with formats such as variable sensitivity depending on the axis, the sampling frequency or calibrate the mouse based on our mouse pad.

Shy and particular details minimally cloud what in any case is an excellent mouse. Approach to Razer Viper Ultimate Cyberpunk 2077 It means doing it being aware of the extent to which we can reduce costs by targeting the normal version (156,79 dollars) or even wired (54,99 dollars), but it is undeniable that, despite being an easily avoidable whim, the design feels like a fable.

A fantastic peripheral that stands out for its ergonomics, weight, autonomy and precision to become one of the most recommended mice on the market. The typical gadget that should go straight to the wish list to get hold of it when the pocket -and the sales- allow it. 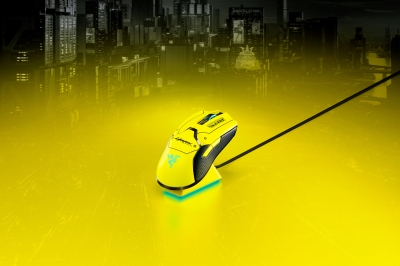 Xbox Head Believes Bethesda Will Be Critical to Xbox Progress; Plus Excited About Upcoming Games

Next part will be a hero shooter, insider claims

Picture of the day: the cutest Geralt de Rivia in the world

Battlefield, Cyberpunk 2077, Farming Simulator 22 … the business news of the week

These are your TV tips for the TV program tonight on Sunday, December 5th, 2021