More than a year ago, it was announced that the Peaky Blinders television series would feature a video game. Now, after having broadcast its fifth season, which almost doubles the audiences of its previous batch of episodes, FuturLab, the creator studio of Velocity 2X, has offered the first trailer for Peaky Blinders: Mastermind, a video game that will arrive on PlayStation 4, Xbox One, Nintendo Switch and PC throughout this summer.

This will be the prequel to Peaky Blinders

Peaky Blinders: Mastermind will serve narratively as series prequel on which it is based after Steven Knight, its creator, has joined the project. The title will allow to control Tommy, Arthur, Polly, John, Ada and Finn through an adventure raised through a puzzle series that will have to be solved based on a time bar that can be rewound in order to improve the player's strategy. The first gameplay

of the game has been offered through the medium IGN: 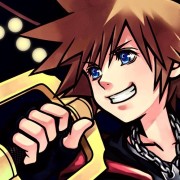 Custodian of light and lover of video games in general. Seriephile some days and cinephile others. Passionate about the books of Stephen King and mattress from a very young age.

Live streams are coming to Netflix: the streaming giant has plans for this

Picture of the Day: A giant Spider-Man statuette of beauty at an OMG price

Fall Guys: Free for everyone!