Hey everyone, The team at Lucid has been hard at work on Destruction AllStars over the past few months and it’s great to see the lasting impact our huge January patch has had on the game and our community! Following the recent announcement that Destruction AllStars is available on PlayStation Plus for Extra and Premium/Deluxe members as part of the new Games Catalog Benefit, we’re here with a brand new trailer to announce the upcoming new seasonal content. exciting for the game!*

On June 22, we’ll be releasing a slew of new content for Destruction AllStars to coincide with the European launch of the new PlayStation Plus service that same week. We’re kicking off with a new event called Rise, which includes an all-new game mode, new challenges, and an exciting new AllStar Pass. We can’t wait for our community to get their hands on all this new stuff and join us in welcoming new players to the game.

The new PlayStation Plus service recently launched in Asia, North and South America and will arrive in Europe and Australia on June 23, just in time to dive straight into Rise with the rest of the community.

Whether it’s your first time playing Destruction AllStars, or you’re returning after a while away, Destruction AllStars is the global spectacle where stars and cars collide! Carnage and destruction are guaranteed as the AllStars battle it out on foot and behind the wheel in front of a crowd of millions, battling to see who emerges victorious as champion! If this is your first dive into the Destruction AllStars arena, we’re here to help you gear up and get ready for your first game! Our brand new trailer has all the information you need as well as a preview of what’s to come with our first event, Rise, so be sure to check it out.

Let’s start with the brand new Destruction AllStars seasonal content and how our next patch changes things up. The events are new to Destruction AllStars and run for six weeks. They also come with content with fast delivery. Events will always launch with a new game mode or playlist as well as an all-new AllStar Pass. These passes contain a bunch of cosmetic content and currency rewards so you can decorate your AllStars and make them look their best for their moment in the spotlight. The events will also contain rotating challenges that can be completed for a variety of rewards including currency, XP, and new cosmetics. We’re ready to pull back the curtain on the first three events you can expect over the next few months: Rise, Unite, and Survive, with a more detailed look at our first event arriving on June 22. 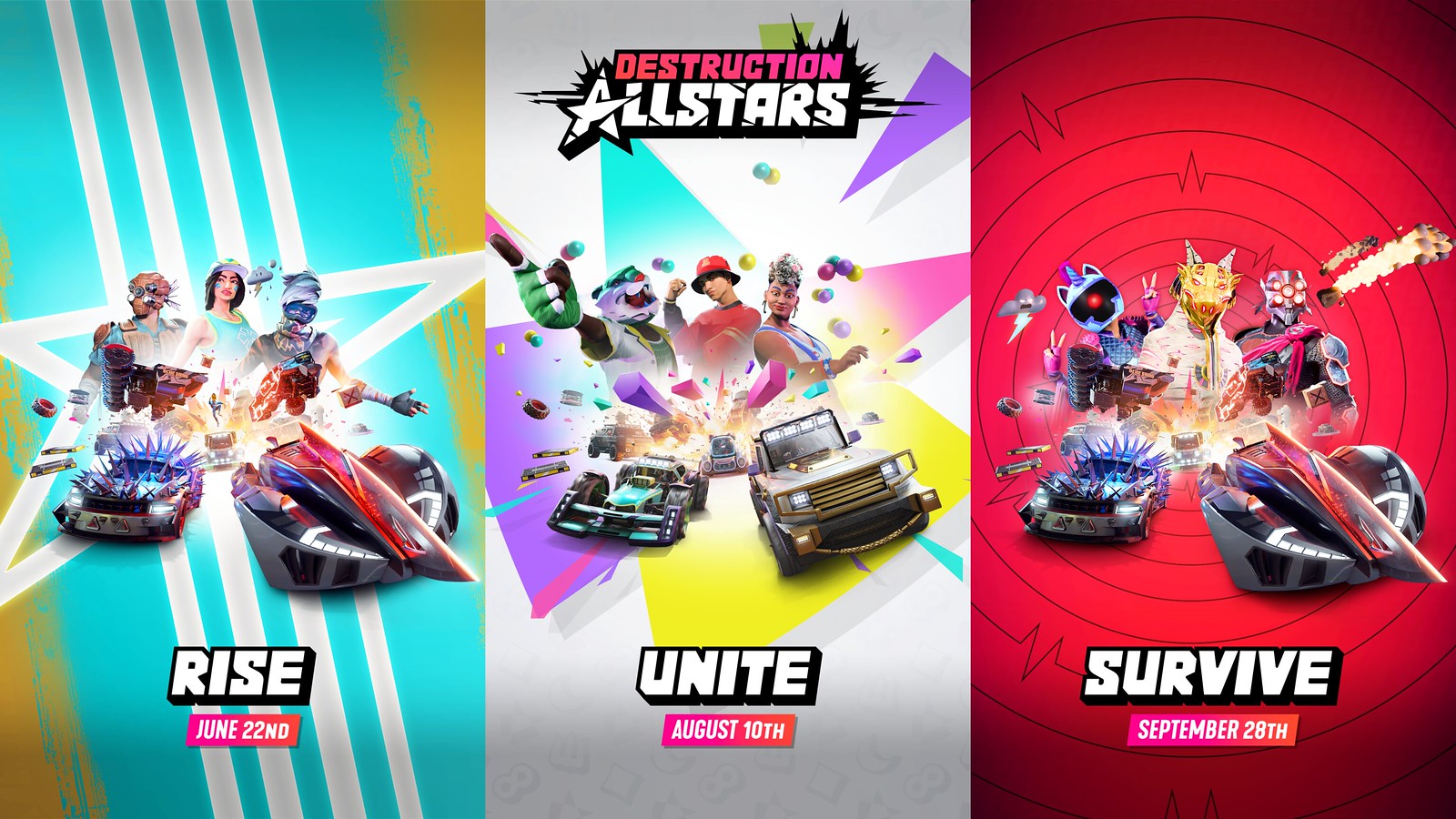 Rise will launch alongside the launch of the new PlayStation Plus service in Europe in June. This event will also host our first Community Challenge where the whole community can work together towards a common goal, unlocking exclusive cosmetic rewards for the whole community to enjoy. You’ll find all that and more in our latest trailer, we recommend giving it a watch.

Our first event also adds a brand new game mode called Jumpshot to Destruction AllStars. This is a team game mode that forces you to think fast on your feet and behind the wheel as you score points with the help of your team. Check out the trailer for a first look at this all-new mode. 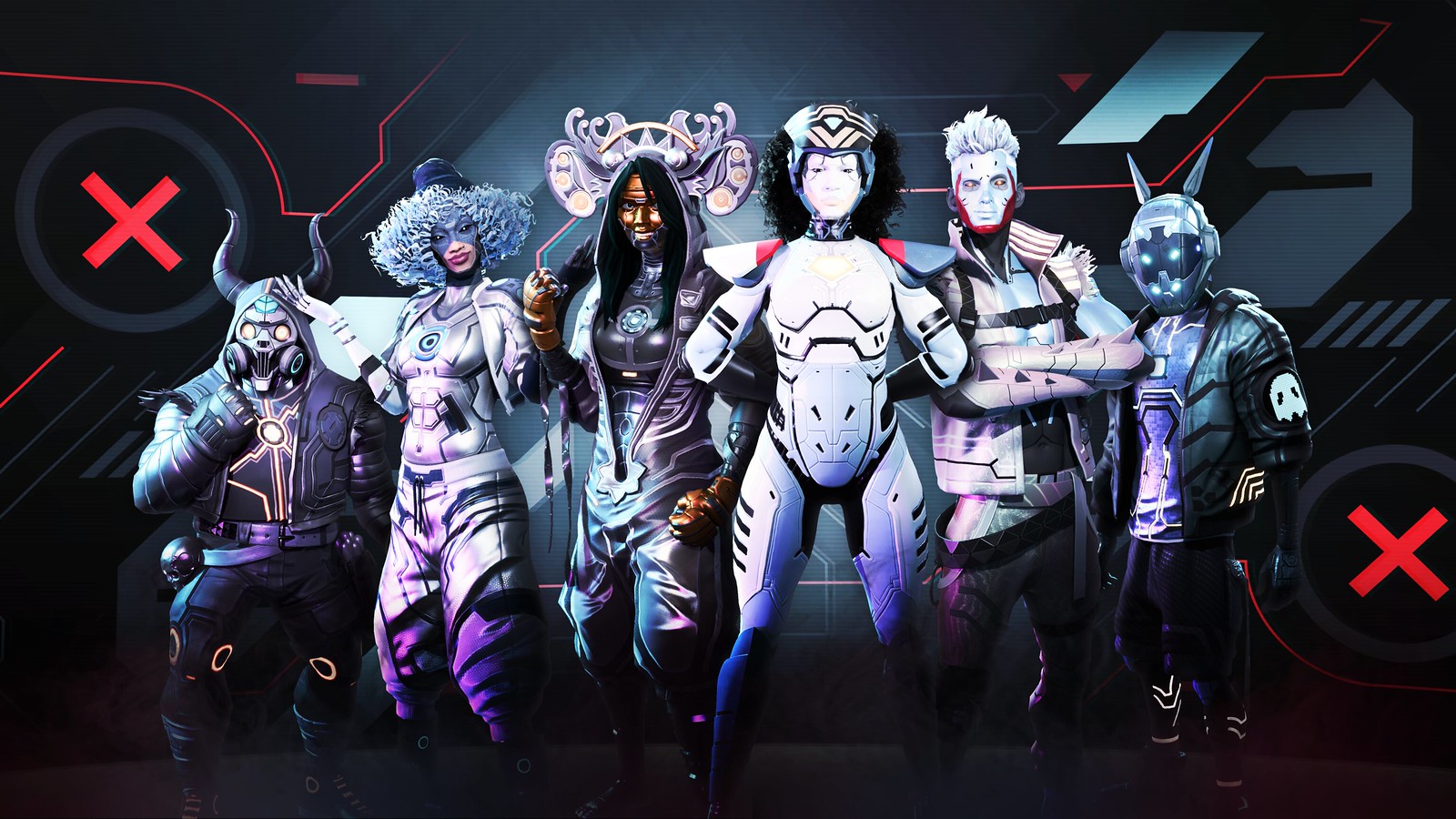 In our next patch, we’re not only adding lots of new content, but we’re giving some of our existing game modes a little upgrade. Let’s look at Blitz, our competitive game mode, where we’re introducing competitive seasons for the first time! Within our competitive system, we’ve revamped the ranking system to better track your skill level and pit you against opponents of similar skill. We’ve also added brand new and prestigious cosmetic rewards that you can earn exclusively from the Blitz Playlist, letting all other AllStars know who emerged from a competitive season as the reigning champion! Blitz is available on weekends in Destruction AllStars and each competitive season lasts six weeks, it’s all about making a lasting impression in a short time if you want to get the crowd on your side. 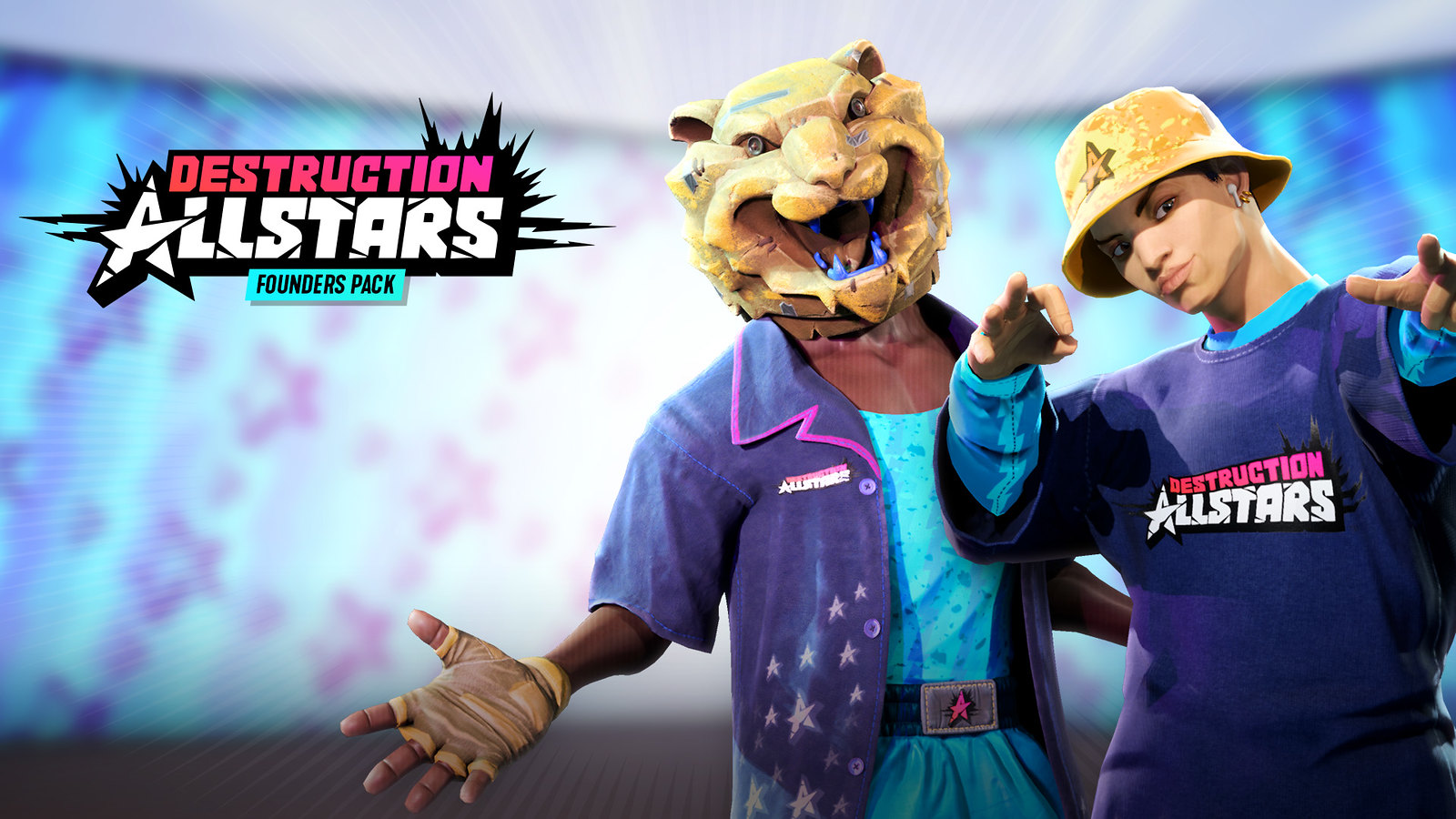 As we prepare to welcome a group of new players and commemorate our joining the Games Catalog library on PlayStation Plus, the team at Lucid wanted to make sure we reward players who have supported the game since launch l ‘last year. To that end, we are delighted to announce that everyone who played the game before the launch of the new PlayStation Plus service will receive a Founders Pack to say thank you. You will be able to claim this reward for free in the in-game store and it contains exclusive cosmetics to help you show off your skills and experience.

All of this and more will be coming on top of the huge patch we already released in January earlier this year. Our January patch was an absolute monster for the game, we really dove into a lot of core systems like collision, networking, slam and point scoring to really tighten up the gameplay experience. Not only that, but we’ve also improved the look of the game, with an all-new main menu experience as well as awesome new visual effects to complement all your arena actions, such as evading, slamming, double jumping and more Again. After! On that note, I think my favorite change was giving AllStars the ability to double jump at any time! This was done as part of a high-profile balance pass on all 17 of our AllStars and it really improved the fluidity and agility you can have in the arena.

It’s an exciting time for the game and our community as we arrive on PlayStation Plus and prepare for our new event, Rise, which launches on June 22. We really hope you can join us in destroying vehicles and trying out our newest game mode, Jumpshot. It’s all in our latest trailer, with more news and information on the way!

*Game catalog availability varies over time and plan. See https://www.playstation.com/Plus for more details and updates on PS Plus deals. PlayStation Plus is an ongoing subscription subject to a recurring subscription fee taken automatically (at then-current PS Store price) at the frequency you choose at time of purchase until cancelled. Terms apply: play.st/psplus-usageterms

Exoprimal reappears in a long sequence of intense gameplay

The PlayStation VR2 is seen in its first real image

Exoprimal reappears in a long sequence of intense gameplay