Wearables did not want to miss the presentation evening of the new Huawei P50 and P50 Pro and, with the recent refurbishment of the Huawei Watch GT2 with a version that incorporates the inclusion of the EKG as the main novelty, we were also able to see the launch of the new Huawei Band 6 Pro.

This new smart bracelet becomes the most complete smart bracelet of the Chinese firm with interesting novelties such as a new body temperature sensor and even the incorporation of the NFC chip to be able to make mobile payments.

Familiar aesthetics with interesting changes under the hood

As they say, the Huawei Band 6 Pro is not that it has changed too much aesthetically compared to its “non-Pro” version. We continue to maintain an aesthetic closer to a smart watch than a smart bracelet where, without a doubt, its 1.47 inch AMOLED panel. 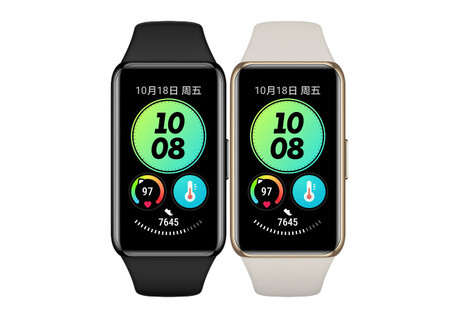 The biggest change we’re going to find is the inclusion of a microphone that will help us interact with the voice assistant, as well as a remote control of our mobile phone to be able to perform certain actions such as reading notifications, controlling music playback or as a remote shutter release for the camera. In this case, it is totally comp atible with iOS and Android phones

Although, as usual in Huawei wearable devices, we will have functional limitations in the Bitten Apple operating system.

As for the rest of the news, we’ll have to take a look inside to find out what new sensors Huawei has fitted. To begin with, we find a new body temperature sensor which we have already seen in other products such as the “e” versions of the Amazfit GTS 2 and GTR 2, being able to keep a daily record of our temperature variations throughout the day. 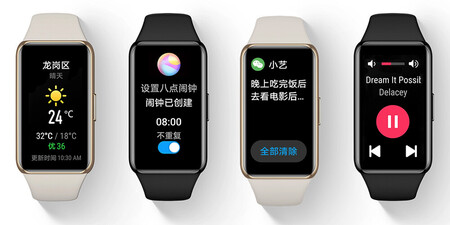 Another of the inclusions is that of NFC chip for mobile payments, as long as this service is supported by what, at least in principle, will be a feature reserved for the Chinese market. In addition, we have Bluetooth version 5.0, plus 2.4 GHz Wi-Fi.

Of course, Huawei has not forgotten to integrate the classic functions and sensors that can be seen in most products of this type, such as the measurement of oxygen in the blood, the measurement of the quality of sleep. , stress or even the heart rate monitor with recording. continued. In addition, we will have up to 96 sports activities available to be able to record our exercise, a function similar to what we saw in the popular Huawei Watch Fit. 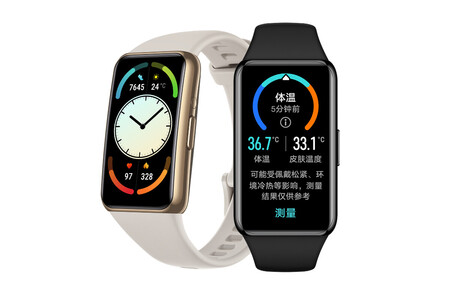 The new Huawei Band 6 Pro has been officially presented in its home country, China. At the moment, it is not known if it will eventually cross the borders of the Asian country, and it will be available in two color finishes (black and gold) with an official price of 449 yuan, or about 59 dollars to change.

A new update is coming to Microsoft Flight Simulator

Rise | The best weapons and enhancements we have found so far

Rise | The best weapons and enhancements we have found so far