If the project that the Unicode Consortium has prepared for this year’s Emoji is confirmed, these would reach the iPhone and the rest of Apple devices in the coming months. New features include different items, such as a slide, lotus flower, troll or float, various hand gestures, and six new expressions.

Even more ways to express yourself with Emoji

In Emojipedia, they collect the draft version 14.0 of the Emoji Keyboard which was developed by the Unicode Consortium. This project has not yet been approved, but we are not expecting any big last minute changes. The full list of new Emoji, officially, is 100 items, although that does take into account the different skin tone variations. Without counting these, 40 new options added

, as can be seen in the image below. 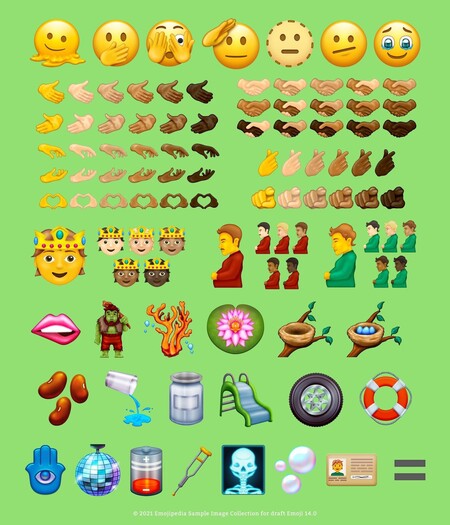 The final approval of Emoji, not only of which ones are included or not, but also how they look, will be decided in September 2021. From there, the final list is expected to reach our devices. in iOS 15.1 or similar

, as has happened in other years.

This announcement, like every year, takes place today, just one day before World Emoji Day, which takes place tomorrow, July 17th. It should be remembered, however, that each company, in this case Apple, makes its own interpretation of Emoji, so the final appearance of some of them may change. .