The latest Xbox Game Pass update for Android has left traces of its upcoming adaptation to Android TV: as they found out by analyzing the APK, and after installing it in the operating system of televisions, Xbox Game Pass already appears in menus with its own shortcut.

The competition in video game streaming is more and more bloody, it is not in vain that the heavyweights of the industry are betting on this formula. Google with its Stadia, Nvidia with GeForce Now, Amazon with Luna and Microsoft with Xbox Game Pass Ultimate, the subscription that brings a large part of the console catalog to the cloud

. The said Game Pass is compatible with a multitude of devices, including the iPhone. And it looks like it’s coming to Android TV soon. 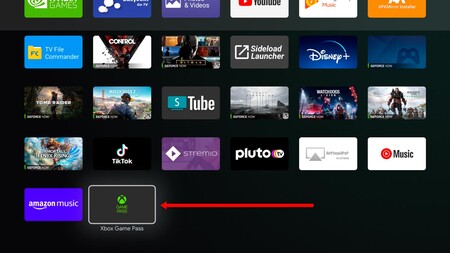 The application that serves as a streaming game launcher has been adapted to Android TV since its inception, we ourselves access its advantages from the Nvidia Shield TV. This, yes, his execution is not perfect, a detail which shows the lack of total compatibility with the system. It can be opened from the TV, but it does not appear as a native Android TV app. For the time being.

As they found out in 9to5Google, and we checked it out, Microsoft has advanced in the development of Xbox Game Pass for Android TV. The latest version of the stable application integrates the Android TV launcher, the shortcut icon so that, once placed on the TV grid, it allows access to Xbox Game Pass games without complications.

Until now, you could install Android APK on Android TV just by downloading and running the file, but the use of a launcher was essential to open the Xbox Game Pass shortcut

(like Sideload Launcher). With the latest update, this step is no longer necessary since Microsoft has included direct TV access. This, yes, the application is still not 100% suitable for Android TV: Although it works, the performance is not optimal; and a mouse is always needed to remove some interface elements. 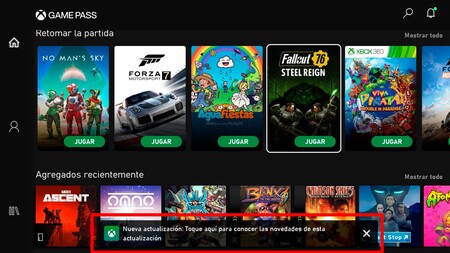 Although the app works quite well, there are some interface elements that cannot be removed with the remote control.

That Microsoft has made changes to Xbox Game Pass to make it 100% compatible with Android TV is great news, it’s not for nothing that TV is a perfect platform to run games. And if you don’t need a console or a computer, great: streaming makes AAA games much more accessible.

The war for Wakanda in Marvel’s Avengers finalizes his departure. There is nothing left for your biggest free expansion